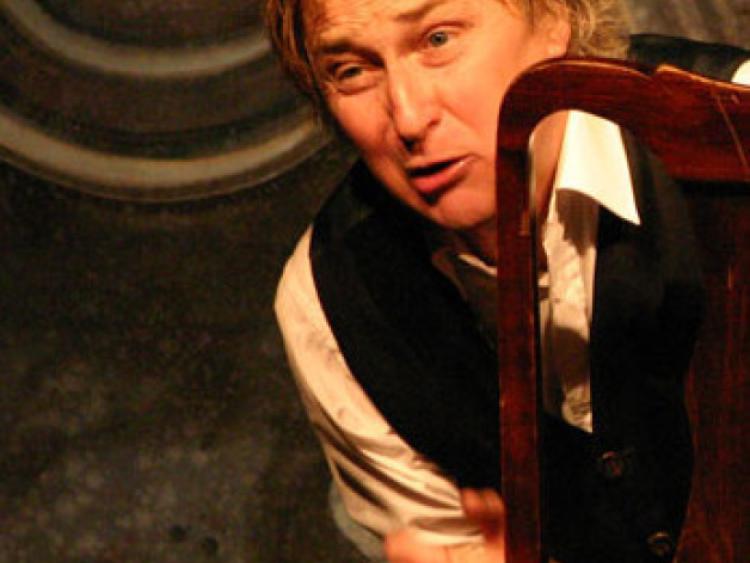 King House are marking Bloomsday Season this year with two plays by Leitrim playwright and actor Donal O’Kelly, who is joined on stage be his daughter Katie.

King House are marking Bloomsday Season this year with two plays by Leitrim playwright and actor Donal O’Kelly, who is joined on stage be his daughter Katie.

“Revolted” is a pair of solo plays, recalling the connection between James Joyce and his friend Frank Sheehy Skeffington and they can both be seen in King House Boyle on Thursday, June 11 beginning at 8pm.

The first play, Donal O’Kelly’s “Joyced!” is about James Joyce’s life in Dublin up to his departure in 1904, while the second performance “Hairy Jaysus” is about Joyce’s best friend Frank Sheehy-Skeffington, the forgotten executed man of Easter 1916.

Joyced! traces James Joyce’s odyssey through Dublin up to his departure into exile, including encounters with the tenor John McCormack, Oliver St. John Gogarty, and of course Nora Barnacle. The play earned Katie O’Kelly a “Best Solo Performance” nomination from “The Stage” in Edinburgh.

Frank Sheehy-Skeffington was a pacifist and campaigner, with his wife Hanna, for votes for women. Joyce called him “Hairy Jaysus” because he was also a declared atheist. He was a supporter of the Dublin workers during the 1913 Lockout and was jailed in June 1915 for sedition, for making speeches against recruitment to the British Army for the First World War. He went on hunger strike until released.

During Easter Week 1916, he was summarily executed in Portobello Barracks Rathmines. Hairy Jaysus is a reflection on Frank Sheehy Skeffington in the mind of a Dublin beggar today.

While Joyce gained worldwide literary fame, Sheehy Skeffington was called by Sean O’Casey “The ripest ear of corn that fell in Easter Week”.

Both Joyce and Skeffy revolted in their own way. One is celebrated worldwide, the other largely neglected. Donal O’Kelly and Katie O’Kelly, both writers and actors, are coming together to create this father-daughter double-bill of plays for the Bloomsday season.