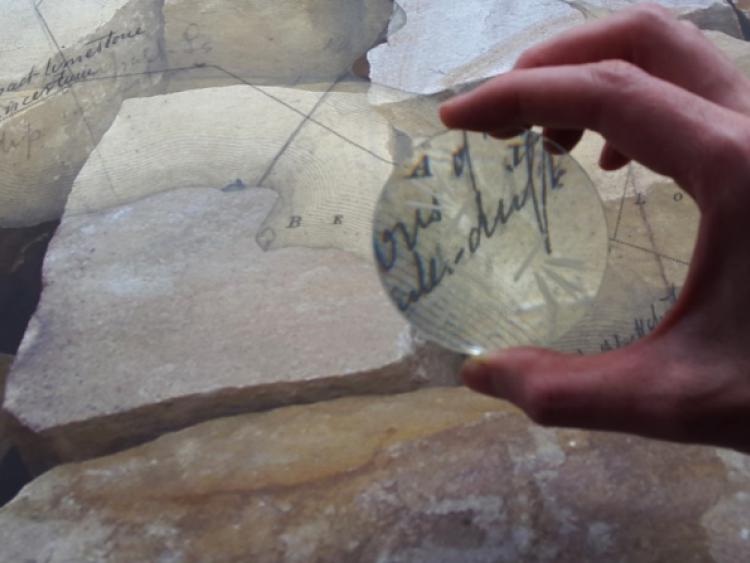 An Artist in Residency Exhibition by Anna Macleod entitled ‘Staid na Talún - A State of Land’ in association with dearclimate.net will open in the Leitrim Sculpture Centre, Manorhamilton on Friday, August 21 at 5pm.

An Artist in Residency Exhibition by Anna Macleod entitled ‘Staid na Talún - A State of Land’ in association with dearclimate.net will open in the Leitrim Sculpture Centre, Manorhamilton on Friday, August 21 at 5pm.

A State of Land takes the 1840’s – 1850’s Geological Survey of Ireland as a starting point to explore historical and contemporary attitudes to rural landscapes in a time of climate change uncertainty.

The GSI field sheets were mapped during one of the greatest catastrophes to befall Ireland, The Great Famine. While the survey approach was primarily scientific in mapping the geological formations of the Irish landscape, another mapping function was resource speculation and the identification of potential mineral wealth.

As a counterpoint to the scientific and economic narrative, an interview with historian ProinnsÍos Ó Duigneáin plots the influence of the Land League and how mass mobilisation of the population eventually led to better conditions tor tenant farmers, sowing seeds for the Irish Independence movement.

The project thus juxtaposes the dispassionate language of mapping with the emotional connections to land by those who own and care for it and further sets out to chart the contemporary social movements that have developed in the face of more recent economic threats including depopulation and climate change.

In developing the project the artist invites local participation and custodians of the land to visit the exhibition during a two week run of the show and also hopes to meet visitors who wish to participate by contributing their own stories, memories and attitudes to the land they care for & their hopes for the future of the land in these uncertain times.

Further information on Anna at www.annamacleod.com