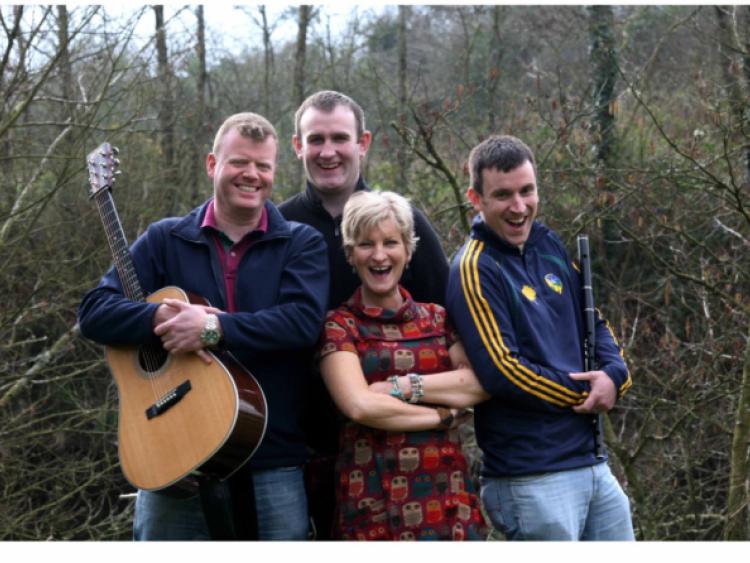 Over recent months they have been working with Dónal Lunny on developing an exciting fresh sound which looks to the long tradition of music and song of Leitrim to trace a history full of colour, love and loss, leaving and coming back.

The four Leitrim musicians will be joined on the night by Dónal on bouzouki and guitar. Eleanor Shanley, from Keshcarrigan is internationally renowned for her unique interpretation of Irish traditional and folk songs. Master Uilleann Piper, Padraig McGovern hails from Ballymagovern. John McCartin from Newtowngore is both a guitar and fiddle player. Multi instrumentalist Dave Sheridan is from Killargue and began playing at age 12.

Each masters of their craft, together, this concert performance makes a considerable musical force!

The night will open with a short performance by Brí, an exciting new group of young musicians from throughout the county brought together under the guidance of Dave Sheridan and Padraig McGovern. Working closely with Dave and Padraig, Brí have been uncovering some hidden gems of Leitrim music as well as venturing into composing new works which may well become further ingredients of the rich Leitrim heritage

The Leitrim Equation is a programme of Leitrim County Council Arts Office supported by the Arts Council.