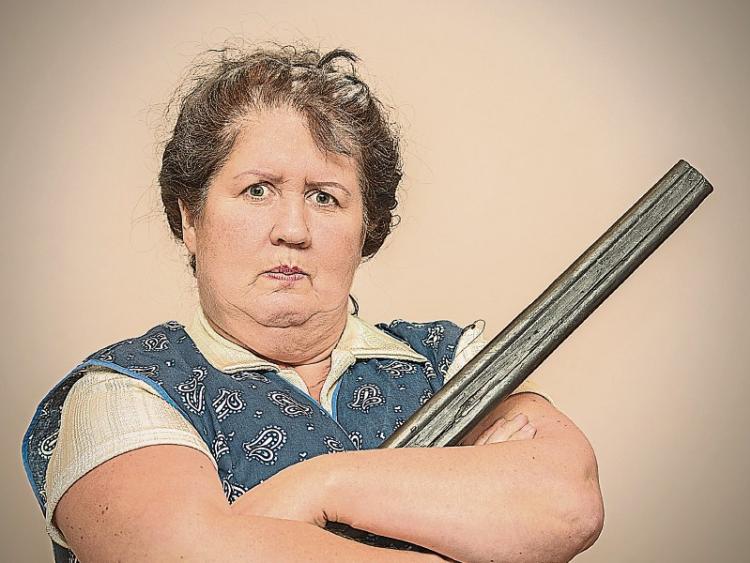 The Ballymore Eustace and Hollywood Dramatic Society from Kildare will present 'It’s the Real McCoy in St. Ronan’s Hall, Keadue on Saturday January 16 at 8.30pm.

Tommy Marren’s work has enjoyed tremendous success over the past year with over 300 performances across the amateur dramatic circuit.

Cáit Cusack, formerly Cáit Regan of Derrynargon, Keadue who plays the part of Madge Molloy, describes the play as a story which unfolds over the course of 24 hours in a West of Ireland kitchen circa 1964.

Forty three years previously Madge Molloy (who is now in her mid 60s) endured the humiliation of her husband deserting her while she was expecting their daughter, Maura, leaving her to rear the child alone.

A new Curate arrives in the parish and brings news of the absconding husband while “Nosey Parkers” Nora and Cora O’Hara continue to be a “scourge” to Madge.

The daughter, 42 year old Maura, is in love with Martin Daly the local postman whom Madge believes “isn’t the sharpest knife in the drawer”! Madge is not keen to let her daughter go.

With the guidance of Fr. Mc Coy, Tom Molloy is keen to make amends but will it all end in bloodshed?

It sounds heavy and hard work but critics acclaimed it for its humour an ability to capture the passion and emotion of a small rural community very much in the John B. Keane genre.

Heralded as one of the funniest plays in decades, this production is guaranteed to have you in stitches.

Don't miss out on this winning comedy by Tommy Marren in St Ronan's Hall, Keadue this Saturday, January 16 at 8.30pm.