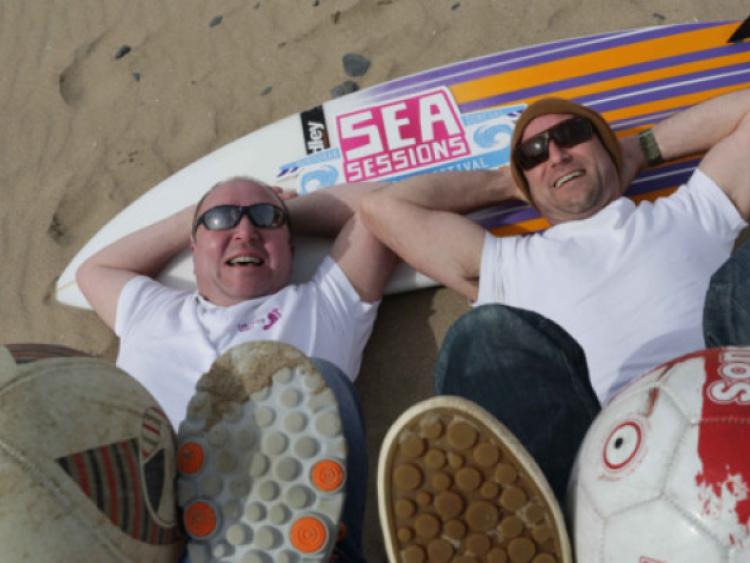 There is something different about a music festival that incorporates health, sports and the outdoors lifestyle with the usual party fueled antics we expect at a big outdoor music event.

There is something different about a music festival that incorporates health, sports and the outdoors lifestyle with the usual party fueled antics we expect at a big outdoor music event.

But Sea Sessions has always been different. Ireland’s biggest beach party has announced a line up of sports and events as varied eclectic and fun as their line up of music.

Sea Sessions Surf and Music Festival have teamed up with Barefoot Wines to make sure that the entire festival weekend is jam packed with activities to suit everybody. As well as great headline acts and watching the best surf champions in Europe, festival goers are invited to join in on the sporting action and register for Tag Rugby, Soccer or Volleyball tournaments taking place on the main beach Bundoran. Teams entering will fight for over €2,000 worth of prizes up of grabs sponsored by Barefoot Wines.

For the soccer fan, Ballyshannons Erne Wanderers FC host the annual beach soccer tournament. It will be county against county, country against country as local and national pride are put to the test. Open to weekend ticket holders only, registration is available now online at seasessions.com/soccer

Fancy yourself a bit of Ronan O’Gara or Brian O’Driscol? Then Ballyshannon Rugby Club want you. A tag rugby tournament on Main Beach will happen across the Saturday afternoon of Sea Sessions. There is €500 worth of prizes and 8 teams needed. Registration open now at seasessions.com/rugby and once we have 8 teams then we are full.

Where would a beach sports event be without some volleyball and this year the Beach Volleyball Ireland Tour lands in Bundoran as part of Sea Sessions. The cream of national and international players will descend on Main Beach for the Barefoot Grandslam which will happen on the Saturday and Sunday of Sea Sessions weekend. Expect to be wowed as the pros show off their skills and compete in men’s and women’s doubles games.

Being a surf music festival, we have to have a bit of surfing too. Once again, Sea Sessions is proud to host Ireland’s only ASP (Association of Surfing Professionals) Europe sanctioned speciality surf event in its unique expression session format. Ireland’s biggest surfing cash prize will be up for grabs as Europe and Ireland’s top surfers battle it out in the infamous Bundoran waves to be crowned Sea Sessions Champ. The top Irish surfer will win a boat trip to Indonesia thanks to www.tradewindaventures.com - The Expression session is judged on best move/wave depending on conditions, allowing the surfers to go as hard as possible and to bust as big a move as possible.

If that was not enough action, the 3SIXTY Mountain Bike tour also rocks up to Bundoran’s Main Beach with a new stunt bike display, which will be happening each day during the weekend of the festival. 3SIXTY have performed at every possible type of event over the years: festivals, fetes, gala’s, live TV shows, recorded TV shows, in music videos, at national sporting events… even private displays requested by international ambassadors and have registered more than 20 official world record attempts.

A new addition to the Sea Sessions compound this year will be the Mountain Dew Energy Brushboarding Experience. Get ready to witness, and ride the world’s most realistic surf and boards sports simulator. There will even be prizes for the best performers of the weekend.

Finally if fitness really is your thing, then the Mullaghmore triathlon is happening just a short distance from Bundoran over the festival weekend too.

Sea Sessions Surf and Music Festival, which is held in Bundoran on the 21st to 23rd June. For more information please see www.seasessions.com