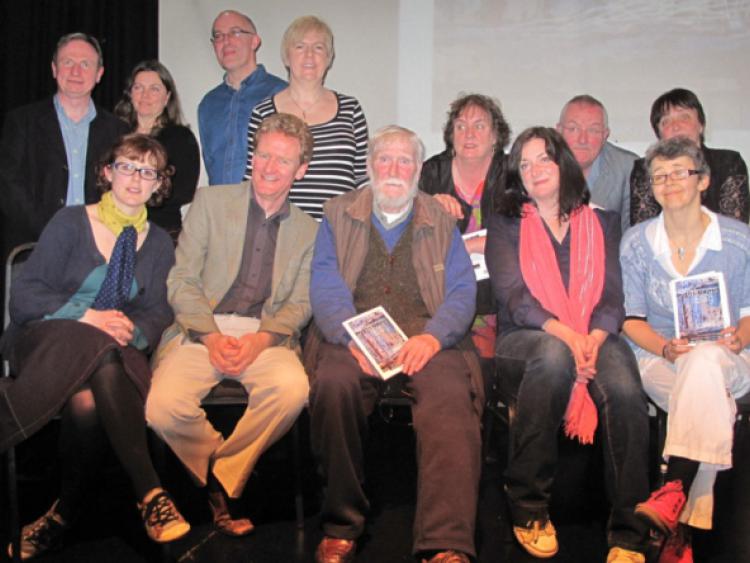 The focus was on the Glens Centre, Manorhamilton on Holy Thursday April 17th, as an anthology of new writing from Leitrim and Cavan, ‘The Shakings of the Bag’ had its launch to a full house.

The focus was on the Glens Centre, Manorhamilton on Holy Thursday April 17th, as an anthology of new writing from Leitrim and Cavan, ‘The Shakings of the Bag’ had its launch to a full house.

A very entertaining evening of dramatised readings was undertaken by many of the authors, including the 2014 Hennessy literary award winner and Manorhamilton resident, David Cameron.

There were musings on a comedic Connacht funeral, a political march in Drumshanbo, an elderly Cavan man’s first tube train ride and the fracturing of a rural relationship.

Locals and those living away from home will relate with the stories and poems that relate to the Cavan and Leitrim area.

The writers met regularly in the Glens Centre as the Pig Executive writers group, under the expert critical eye of celebrated writer Dermot Healy who assisted many of the writers in the development of their work. Mr Healy was also in attendance at the launch.

Over the past number of years the Leitrim Guardian journal has benefitted from the talent of these writers as many of them have contributed poetry, short stories, and feature articles to the journal and a number have been recipients of some of the Leitrim Guardian literary awards (prose & poetry).

The current editor of the Leitrim Guardian Bláithín Gallagher is among the authors included in The Shakings of the Bag.

The name of the book was derived by author TN Treanor’s piece of the same name.

The publication, has been so successful that ‘The Shakings of the Bag’ has nearly sold out its first print run!

The project was supported by Leitrim and Cavan Arts Councils and is available from amazon.ie and also at bookshops in the region.