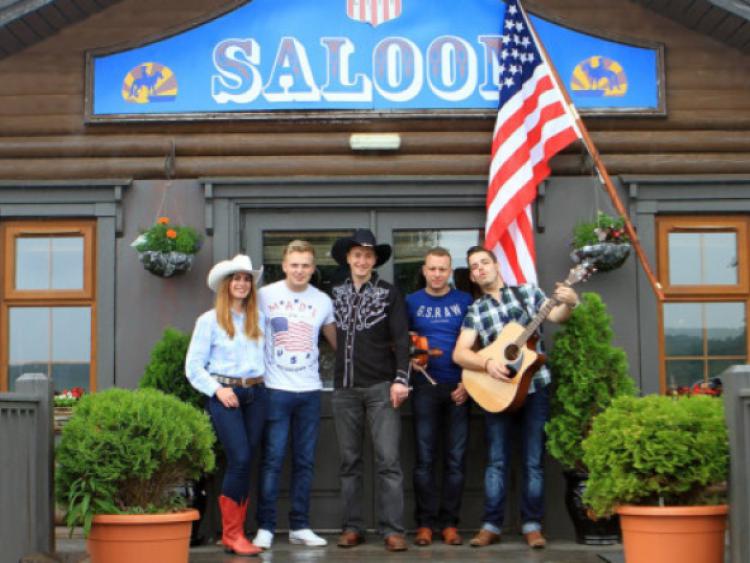 Grab your cowboy hat, pull on your jeans and boots and practise your line dancing, because Drumcoura Lake Resort is preparing to host the country’s first three day Americana Country music festival on September 5, 6 and 7.

Grab your cowboy hat, pull on your jeans and boots and practise your line dancing, because Drumcoura Lake Resort is preparing to host the country’s first three day Americana Country music festival on September 5, 6 and 7.

A host of well-known country music performers were on hand last week to launch the Cowboys and Heroes Festival in Drumcoura, outside Ballinamore.

Forget Garth Brooks in Croke Park, Drumcoura is preparing to be the biggest country music event in Ireland for 2014.

But the weekend doesn’t end there, as well as the sounds of America, you will also get to immerse yourself in everything from the Wild West to the rocking 50s!

Festival Event Manager Simon Power told the Leitrim Observer at the launch on June 24 that the idea for the festival had originally started out as a one-day event, but more and more people wanted to get involved.

He said the huge indoor arena can cater for a maximum of 5,000 fans.

They will have a huge stage – not to mention an even bigger dance floor for country music fans.

He says “thousands attend country music concerts every week” and added that this festival will give musicians as well as fans a chance to play, dance, sing and celebrate the music together.

Simon Power said they will be marketing this festival to a national audience and hope to attract large numbers from Northern Ireland with their close proximity to the border.

He said they have been “blown away” by the local buisness support in the Ballinamore region, and he adde that a festival like this, if held annually, could become a huge attraction for the region.

To complete the weekend there will be accommodation to suit everyone’s needs whether you want to get the full western experience and set up camp under the stars in either your own tent and avail of our free camp site, or you can also book a Tipi through the festival website.

If, however, you would prefer to enjoy some home comforts at the end of the day, you can either book into one of the on-site log cabins or get accommodation through the many B&Bs and Guesthouses in the area.

For those who have yet to experience Drumcoura City Lake resort, the venue – which overlooks a lake – looks like it was custom made for such an event.

It has the largest covered arena in the country, two outdoor arenas, horse riding trails, an archery range, an outdoor tennis court and a jetty for fishing on Drumcoura Lake.

The DC Saloon is pure Wild West America – and you may feel out of place if you don’t have jeans and boots on!

For the entire weekend and the full festival experience, you can get your tickets for the promotional price of €25 for the month of July.

This price includes entry to all the exciting activities and top class performances from some of the premier acts in country music today.