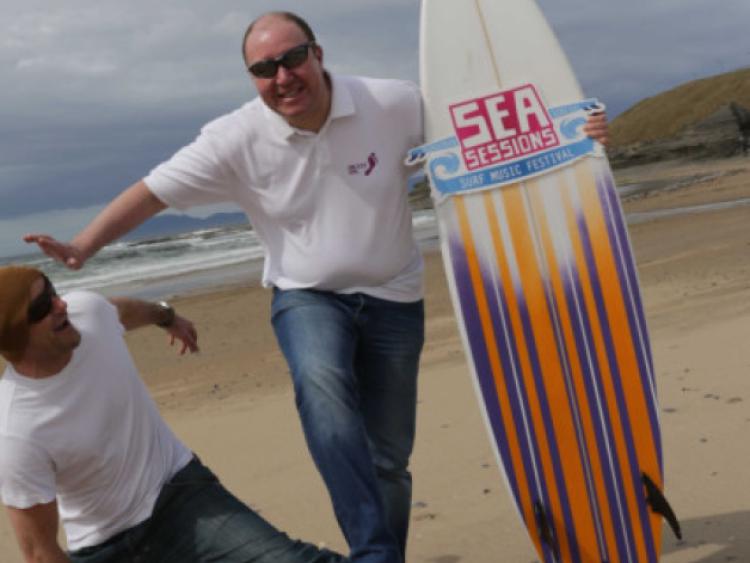 This weekend Sea Sessions returns with music, surf and fun to the North West.

This weekend Sea Sessions returns with music, surf and fun to the North West.

Sea Sessions has finished the very difficult task of choosing four bands to at the Vodafone Stage on Sunday June 22. Over fifty talented Irish bands entered the competition, and produced a stunning playlist for the judges to consider.

Two bands, Waterford’s Kodakid and Dublin’s Booka Brass band were even whipped out of the pot and invited as guest performers of the festival, and the four chosen to compete for a Sunday evening slot at the festival are as follows;

Those Ghosts are a young four-piece band from Strabane. Formed only this year, they put out a great EP featuring the song Evelyn, written by Aodhan Doherty, which caught the attention of our judges.

Steve, Matt and Morgan founded Motorcycle Display Team in 2008 and they released their debut record The Crayon Masterpiece EP in December 2009, and their debut album debut LP Captatio Benevolentiae in 2012. Good tunes & we’re looking forward to seeing them perform. The City Apples are a four-piece alternative/modern rock band from Dublin. The band formed early in 2012 and released their debut, self-titled five-track EP in February 2013. Dublin RnB outfit Pyramid Hill launched their Just Get On EP at the end of October 2012. Our four bands will play a twenty-minute set for the judges, and the winning band will play a full set later on the Vodafone Stage as part of the Sunday evening line-up.

We encourage all music fans to get to the Sea Sessions site on Sunday and support these young performers as they make their way to music success.

Tickets are available but sparse - so get booking now visit www.seasessions.com