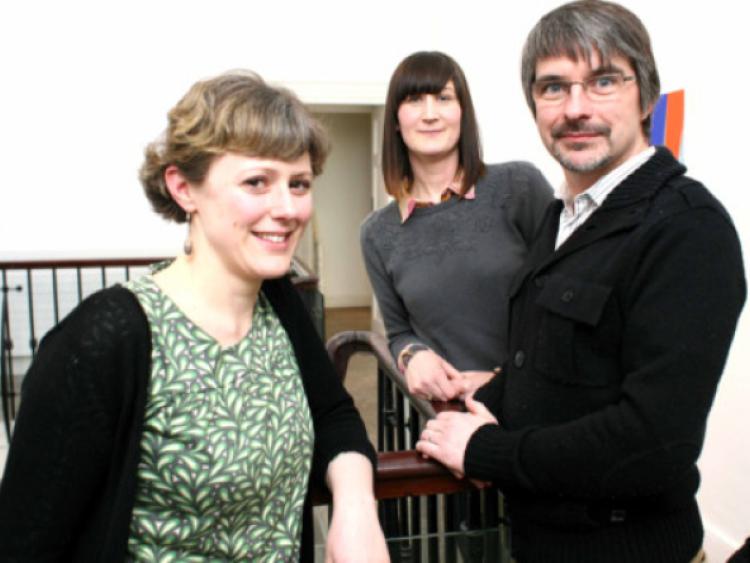 A unique Harnessing Creativity Project for Leitrim, Fermanagh, Tyrone and surrounding counties was launched in Carrick-on-Shannon last Friday March 15. It represents part of a €2 million investment in the creative industries in the region.

A unique Harnessing Creativity Project for Leitrim, Fermanagh, Tyrone and surrounding counties was launched in Carrick-on-Shannon last Friday March 15. It represents part of a €2 million investment in the creative industries in the region.

Details of two major projects, Harnessing Creativity and a new €1.2m state of the art Technology Enterprise Centre, due to open in Carrick this Summer, were unveiled at the launch. Both initiatives aim to exploit the wealth of creative talent in the region. They are being funded through the European Union’s INTERREG IVA programme managed by the Special EU Programmes Body (SEUPB) and the Irish Central Border Area Network (ICBAN).

The two initiatives will offer a range of supports and encourage collaboration between creative and mainstream businesses in County Leitrim and the wider Central Border Region. The cross-border Harnessing Creativity project which has a budget of €800,000 was launched at the Dock Arts Centre in Carrick-on-Shannon by Cathal Gaffney, the two time Oscar-nominee and CEO of animation company Brown Bag Films.

“The Creative Economy is an important part of our economy, it plays to our strengths and has international appeal with real economic value” he said. “I believe that the Harnessing Creativity project is a brilliant example of networking creativity with business, where left brain meets right brain and where the creative and economic potential of the border counties is harnessed. These partnerships will put a focus on the abundant talent in this region and will ultimately be a catalyst to create jobs”.

The project will benefit 200 creative sector businesses including sole traders and SME’s and at least 100 businesses from the broader economy. It will deliver 70 master classes, 140 training and mentoring workshops, two regional showcase events and a travelling exhibition which will run until May 2015 and be a showcase for participants.

Joe Lowe CEO of Leitrim County Enterprise Board revealed that this project combined with a new Technology Enterprise Centre would bring the total funding for the sector in the region to €2m. The 7,500 sq. ft. Enterprise Centre will be geared towards those working in the technology and creative sectors. “We are at the threshold of a significant change in the way we can do business” said Mr Lowe. “Harnessing Creativity comes at an ideal time to help make that change happen while utilising the skills and talents of the people of the region”.

Project coordinator Anna-Marie O’Rourke explained that it would facilitate collaboration between for example, artists, writers, animators, sculptors, furniture designers and photographers with those in more mainstream sectors including architects, engineers and carpenters . “Mentoring will be provided by creative professionals who will guide, inspire and help advance projects from idea exchange to product development,” she explained.

As well as availing of marketing, mentoring and advice from experts in their areas, participants will also receive a budget of €1,500 each to fund such expenses as specialist equipment, materials or workspace.

Lorraine McCourt of SEUPB welcomed the development. “This EU-funded initiative will help to establish a network of businesses which can support each other by offering much needed services; thereby consolidating a solid base for the creative sector throughout the region. This will make it more attractive for investors, clients and suppliers alike.”

For further information contact Anna-Marie O’Rourke or Arlene Crowe on 0035371 96 20450 or by email at annamarie@leitrimenterprise.ie