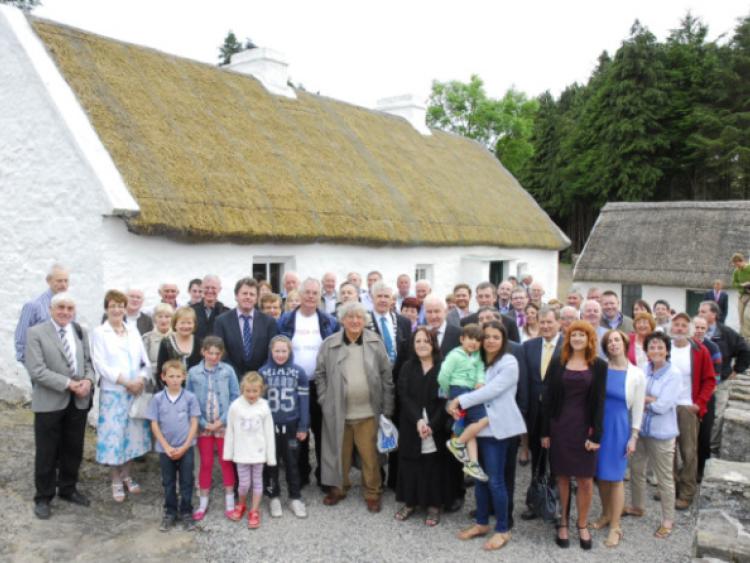 Minister Jimmy Deenihan announced funding of €150,000 to improve the grounds of Sean MacDiarmada’s cottage in the run up to 2016.

Minister Jimmy Deenihan announced funding of €150,000 to improve the grounds of Sean MacDiarmada’s cottage in the run up to 2016.

The Minister was in Kiltyclogher to open the Seán Mac Diarmada Summer School, which last weekend reflects on the upcoming centenary of the Easter Rising with a debate on what the 2016 commemoration should take.

Minister Deenihan commented, “The Seán Mac Diarmada homestead here is a wonderful resource, an important part of the history of the Nation, and I am delighted to be able to announce that funding of €150,000 has been secured to make it more accessible to visitors. These works, funded by my Department, will be taking place in conjunction with Leitrim County Council.” It is understood the funding will go towards a much needed carpark and ancillary works.

The Minister paid tribute to MacDiarmada’s relatives who were present, he said that the most important part of commemorating 1916 will be the family members of those who fought and those who were victims of the Rising. He spoke about the “extraordinary” role MacDiarmada played in Irish history and also his contribution to the Gaelic revival. He noted that Michael Collins had said “Ireland will not see another Sean MacDiarmada”. The Minister also mentioned that he understands that there exists letters from MacDiarmada that he wrote to his girlfriend Min Ryan and said he would love to see them published for 2016.

A poem by MacDiarmada’s relative Ursula McMorrow was read out. Speaking about the Summer School, he said, “I hope that the ideas and recommendations expressed here can feed into the formulation of a programme for the commemoration of the Easter Rising in 2016.”

MacDiarmada was born in 1883 near Kiltyclogher. He fought in the General Post Office during the 1916 Rising and was one of the seven signatories of the Irish Proclamation of Independence. He was executed in Kilmainham Jail, just three week later, on May 12th 1916. It is hoped that MacDiarmada’s homestead will play an important part of the 2016 commemorations.