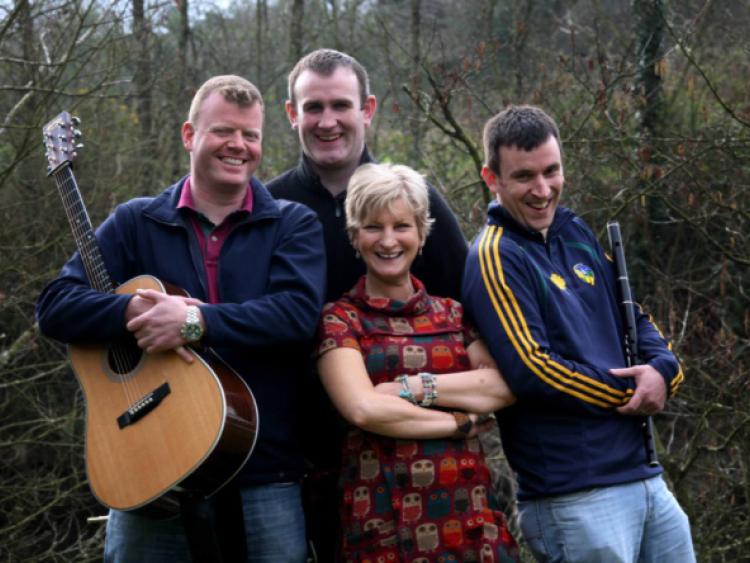 Eleanor Shanley, from Keshcarrigan is renowned for her unique interpretation of Irish traditional and folk songs. She has been at the top of her profession since her first appearance as the singer with De Danann, and subsequently with the inimitable Ronnie Drew. She has released seven albums and guested on numerous others and was nominated for a Meteor award in 2005. She has also toured with Christy Moore and Sharon Shannon and as a soloist both in Ireland and abroad.

Master Uilleann Piper, Padraig McGovern hails from Ballymagovern. He was taught by master piper P.J. Flood and developed as a member of the Ceolas Céili Band under Fr. John Quinn of Gortletteragh. Padraig has toured extensively with CCÉ and performed with many household names such as Téada, Dervish, Lúnasa, and many more.

John McCartin from Newtowngore is both a guitar and fiddle player. In 2008 he became one of the first people to receive an MA in Traditional Music Performance from the Irish World Academy of Music and Dance at UL. John’s accompaniment on guitar has brought him to most prominence, playing with many noted musicians including Eleanor Shanley, Lunasa, and Dervish.

The concert takes place in Ballinaglera Community Hall at 8.30pm this Friday, admission is €15.

There is also a youth session taking place at 6pm on Saturday, October 4 in Skerry Rynn’s public house featuring the young stars of the present and world champion Miss Louise Devitt will also be hosting a special Sean Nós Dancing workshop, for all ages, in the Community Hall at 4pm on Saturday. Admission only €5.

If traditional music, song and dance, at its best, played in the most traditional of surroundings, coupled with a warm welcome, is to your liking, then picturesque Ballinaglera on the shores of Lough Allen is the place to be this weekend.