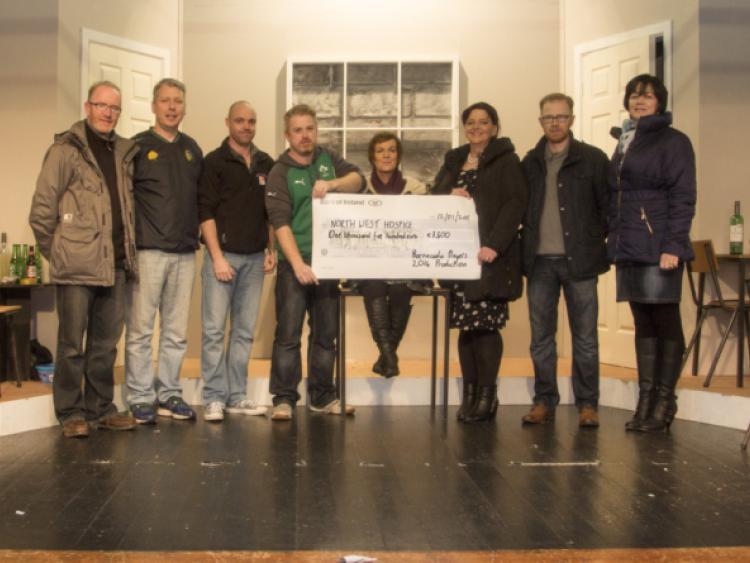 It is drama time again in Bornacoola, where for months on end, through snow, wind and rain, the thespians of Bornacoola have been meeting to work on their current production, ‘The Last Apache Reunion’ by Bernard Farrell.

It is drama time again in Bornacoola, where for months on end, through snow, wind and rain, the thespians of Bornacoola have been meeting to work on their current production, ‘The Last Apache Reunion’ by Bernard Farrell.

The drama group in Bornacoola is just four years in existence and in that time they have gone from strength to strength. New members joining, new challenges undertaken and always striving towards that even better performance!

Each year the group make a contribution to local organizations, last year it was The North West Hospice, this year the group have chosen STOP, the suicide awareness organisation.

This year’s play tells the story of how the actions of our youth can come back to haunt us.

Bernard Farrell’s witty and to the point play tells of a group of men and their partners who meet up for a reunion, to reminisce on old times, to laugh, to share memories, some happy, some sad.

‘The Last Apache Reunion’ proves to be a fast moving drama that will send you home thinking.

The story revolves around a group of men at their school reunion, trying to relive their past and, to the dismay of their wives, cover up what they would prefer to hide.

The play has been described as a highly intelligent, tellingly perceptive, ultimately devastating play. School reunions have never been so funny, frightening and enjoyable.

On stage you will see plenty of familiar faces perhaps looking slightly different to how you would normally recognise them.

The upcoming production of ‘The Last Apache Reunion’ will see the talented Padraig and Sharon Jones, Annemarie Boyle, Brian and Kevin Mallon,Declan Bohan, Alan Carney and Johnny Duffy take to the stage