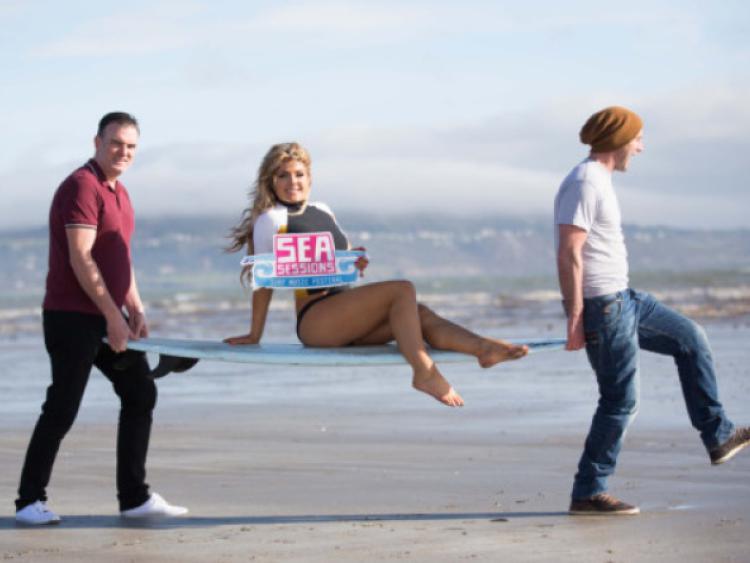 Sea Sessions released their official 2013 lineup in a tweet last week and the headliners for each day are Fat Freddy’s Drop, Xavier Rudd and Bastille.

Sea Sessions released their official 2013 lineup in a tweet last week and the headliners for each day are Fat Freddy’s Drop, Xavier Rudd and Bastille.

This will be Sea Sessions sixth year running as the biggest and greatest beach party in Ireland. Sea Sessions is the only festival of its kind, offering party goers a surfer spin, incorporated with the love of great music.

Daniel Browne, festival organiser says “Musically we are really going back to our roots here. This is a big beach party and we want to make sure the music reflects that fun loving happy life by the beach kind a thing we have going on. There is a fairly eclectic mix of music in the line up but it all has one thing in common, it’s quality.

“We’ve got New Zealand’s seven piece and one of the finest Live acts out there, Fat Freddy’s Drop, who play a mix of Reggae with Funk and even a hint of Electronica, plus from the same end of the world Australian Xavier Rudd. Not only is he a surfer but his mix of acoustic tunes and multi instruments have us very excited. He’s a big hit on the festival circuit and we can’t wait to see his live show. Closer to home Bastille are the one that are on everyone’s lips. Their version of Indie Pop is obviously popular. A number one album in the UK is testament to that.” say Ray ‘Razor’ O’Donoghue, Booker and Organiser.

Along with the headline acts are The Milk, from Essex; Soak, Derry singer songwriter, The Original Rude Boys and The Strypes.

Other Irish Acts include Le Galaxie, Foy Vance, Duke Special, Frank and Walters and festival favorites The Minutes. Plus International artists such as Ben Caplan, William Adamson and Ayah Marar add even more diversity to the line up.

There are lots of exciting new developments this year with the inclusion of some very cool inflatable structures from new sponsor Vodafone and also the Desperados stages. Mountain Dew are also bringing ‘Brushboarding’ to the set up, looks sure to be an attraction within itself.

Not forgetting where the festivals roots come from The Barefoot beach Olympics and Surf events are still a great highlight of the weekend, with already huge enquiries from last year’s competitors trying and suss out the competition. The Barefoot Expression Session Surf Event is the biggest cash prize and this year it’s the only Specialty event to be sanctioned by the ASP ‘Association of Surfing Professionals’

Fans who didn’t already snag a ticket can still purchase one through Entertainment.ie and the Festival website www.seasessions.com though sparse. Book now to avoid disappointment. Weekend Tickets are €89.00, festival dates 21st-23rd June 2013.