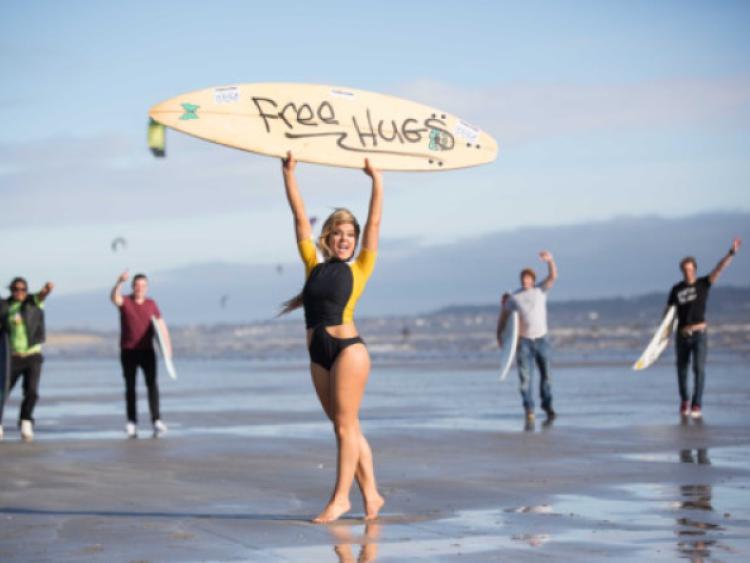 Sea Sessions Surf and Music festival on the 21st – 23rd June in Bundoran, Co Donegal introduces the Barefoot Expression Sessions for another year in association with Hurley the Huntington Beach-based surf and youth culture, the popular and world-renowned surfing brand.

Sea Sessions Surf and Music festival on the 21st – 23rd June in Bundoran, Co Donegal introduces the Barefoot Expression Sessions for another year in association with Hurley the Huntington Beach-based surf and youth culture, the popular and world-renowned surfing brand.

The Expression Sessions continues to grow year on year with the cream of European surfing hitting the Irish surf mecca of Bundoran. Despite a huge increase in his profile after winning the 3 Star at The Association of Surfing Professionals Pro Junior in Tahiti, William Aliotti - last years’ winner from St Martin in the Caribbean is stoked to come back this year to Sea Sessions and compete again.

Competition will however be fierce with Tom Cloarec and Nelson Cloarec two brothers from France at the forefront of progressive surfing in Europe also added to the lineup to take his crown. The boys will add great flair to the event after Tom recently winning the Volcom VQS Euro Final and has a spot for World Final at the upcoming FIJI PRO.

There will also be a big UK contingent with previous winner and multiple British champion Alan Stokes also returning along with airial artist and all round good guy Oli Adams. Also returning is Harry Timson - 2012 UKPST was voted airialist of the year and is a multiple Junior Champ from Newquay and Liam Turner a young Billabong junior surfer from Bude.

New to the lineup this year is Seb Smart and Toby Donachie. Seb from Sennen Cove near Lands end in Cornwall a flamboyant freesurfer sponsored by Rip Curl and VANS. Seb recently got an invite and competed in Rip Curl Mentawai Pro.

Challenging the UK and European Pros at the Expression Session from Ireland will be Geroid McDaid, Steven Kilfeader, Andrew Kilfeader and Aaron O’Hare. Steven Kilfeader was the highest place Irish surfer last year but will be under pressure from Geroid McDaid who is fast making a name for himself as the rising star of Irish surfing. Geroid is off to Nicarugua to represent Ireland 2 weeks before the main event. Aaron O’Hare is also a young grommet who has a powerful style and is one to watch for the future. Andrew Kilfeader is Stevens brother and is competing in both the surf event and body board event.

This year Sea Sessions has added a bodyboard event to its Expression Session. Irish Bodyboarding has come along way in the last few years and some of our bodyboarders are pushing the limits on a European scale. The Bodyboard event will see 4 of Irelands top Bodyboarders Andrew, Rory O’Dowd, Shane Meehan and Cian O’Donnell compete man on man if swells allow at 3D a hollow slab right in front of the festival site. The slab is normally too dangerous for standup Surfers but suits the bodyboards

This will be Sea Sessions 6th year running as the biggest and greatest beach party in Ireland. Sea Sessions is the only festival of its kind, offering party goers a surfer spin, incorporated with the love of great music. Headliners for this year include Fat Freddy’s Drop, Xavier Rudd and Bastille.