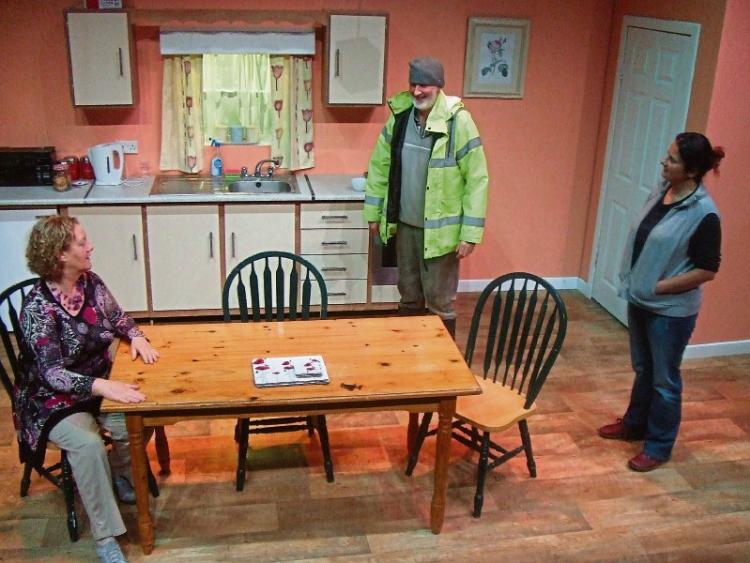 Such was the success of the premier Beezneez Theatre Company tour of John McDwyer’s sparkling new comedy Turning Mammy that a second tour was inevitable!

The company are delighted to be able to respond to demand with a short tour which opens with a performance in Canon Donohue Hall, Mohill on Sunday, January 24.

Turning Mammy tells the tale of the sisters, Martha and Mary, whose lives revolve around searches; one for her baby which was given up for adoption and the other for love in the shape of her neighbour, Ambrose.

Unfortunately, Ambrose is fully committed to the care of his mother and appears to be besotted by his strange English neighbour, Dorothy.

Turning Mammy has a rich vein of humour running through it and is peppered with laugh out loud lines and funny situations.

It is this humour, used to sweeten the bitter pill, which has made the play such a major hit, having played to full houses and standing

ovations on its first tour.

The author directs, Eileen Murphy, Valerie Traynor and Peadar Conway in a production that fits easily into the unmissable category.

Booking is advised for all 2016 marks the 20th year of Beezneez touring and the company will be making an early announcement with regard to a major summer tour to celebrate the occasion.