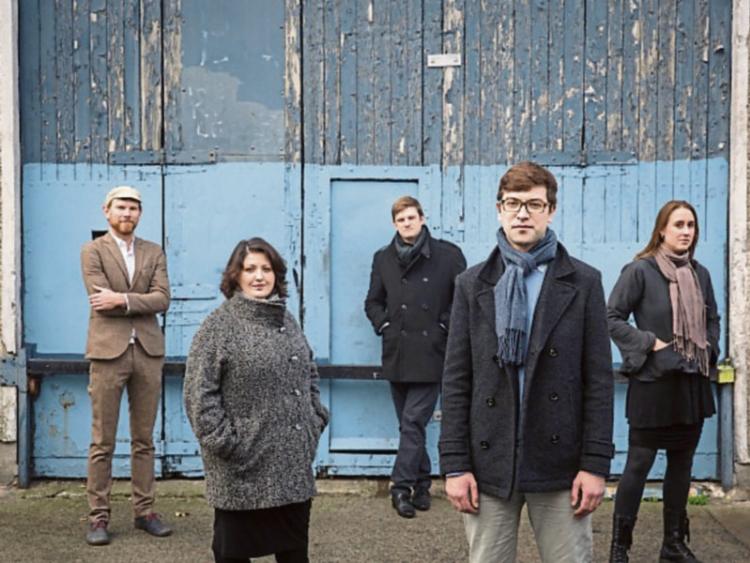 The Music Network presents Ergodos Musicians at The Dock, Carrick-on-Shannon this Thursday February, 4.

Prepare to be utterly entranced as Ergodos Musicians, a dynamic collective of Ireland’s finest contemporary musicians celebrate the undying power of song, the most constant of musical forms.

The ensemble segues seamlessly from medieval hymns and Baroque arias to 70s folk-rock and contemporary pop, one beguiling meditation on love, longing and loss melting into the next. Catch them at The Dock on Thursday, February 4 at 8.30pm.

Ergodos is the brainchild of composers Benedict Schlepper-Connolly and Garrett Sholdice, their gossamer arrangements creating an ethereal world where the hushed awe of a cathedral meets the intimacy of a late-night jazz club.

In this incarnation, the clear, haunting tones of Michelle O’Rourke’s voice float above an ensemble with the lightest of touches.

For this concert they will serve up dramatic and hauntingly beautiful interpretations of music spanning 800 years. You will hear versions of works by Perotin, Händel, Donnacha Dennehy, Richard Thompson, Steve Earle, The xx, Andrew Hamilton, John Dowland, Vivaldi, Benedict Schlepper-Connolly and Turlough O’Carolan.