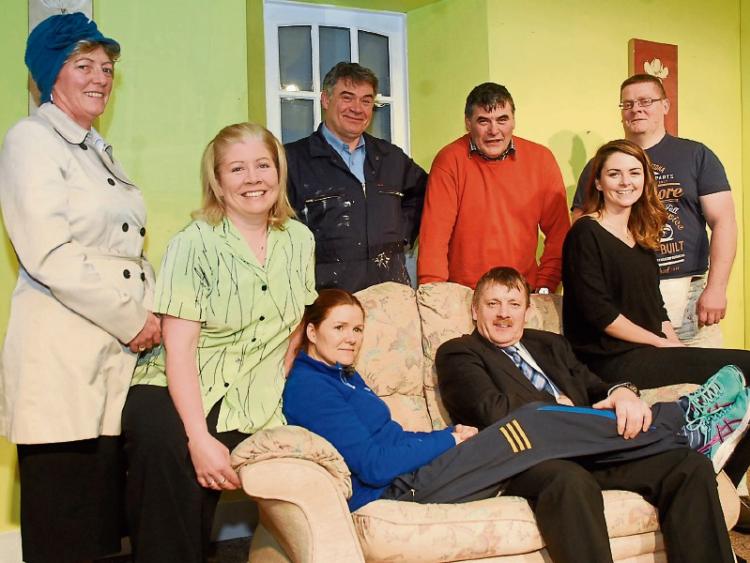 While doing a painting job for the McDermotts, Nick Cassidy played by John McTeggart renews a friendship with their youngest daughter, Suzy played by Karen McGovern Prior. The two begin dating, much to the disapproval of Suzy’s mother, Tess played by Anna May Kelly, who is hoping to make a match for her daughter with stuffy financial consultant, Adrian Bird played by Pat Flanagan.

However, such is Tess’ pre-occupation with her daughter’s love-life, she fails to notice that her own husband, Harry played by Jerome Quinn is falling under the spell of her man-hungry golfing partner, Dulcie Cotter played by Gillian Warren. Matters come to a head when Nick’s workmate, Joe Galligan played by Donal Quinn breaks into McDermott’s, looking for money to pay off his gambling debts.

During the theft, Tess’ plotting is exposed and Harry comes to a fateful decision. Dinah Dolan Nick’s trouble making ex-girlfriend played by Petra Dean complicates matters. Dolly Cassidy played by Katie Meakin and Sadie Jessup played by Pauline Leguen take over when they come to visit. “Mother Knows Best” is directed by Brian Dolan. All in all this promises to be a hilarious performance. Not to be missed!