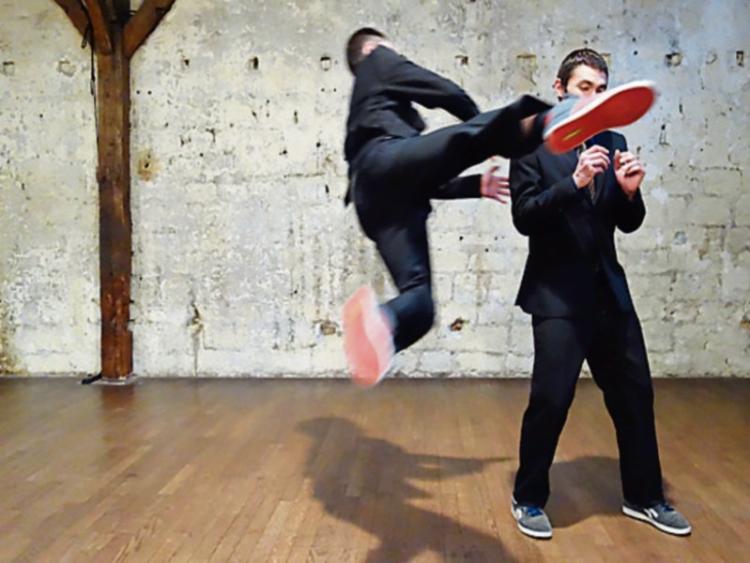 Another busy month looms at The Dock in Carrick-on -Shannon.

Whack!! on Friday 4 is the latest dance production by Dublin based choreographer and dancer Philip Connaughton who many will remember from his previous performance of Body Duet in The Dock some years ago. For this show he is joined by the Paris based dancer Ashley Chen in an exciting and physically demanding hour long exploration of movement where two men in suits collide and negotiate the space between them.

Friday March 11 will be a particularly busy day with an 11.30am screening of the classic 1961 film 'Whistle Down the Wind'. The film stars Hayley Mills, Bernard Lee and Alan Bates. When an injured wife's murderer takes refuge on a remote Lancashire farm, the owners’ three children mistakenly believe him to be the Second Coming of Christ. Tickets €5.

At 1pm The Dock is delighted to host a free lunch time talk with May Moran whose uncle Paddy Moran, from Crossna, Boyle, Co. Roscommon was an active participant in the 1916 Rising and was executed in March 1921.

The little brown case she was given by her Aunt Bridget was full of fascinating memorabilia and it started her on a journey of discovery which convinced her that Paddy's story deserved to be told.

That evening Ireland’s top comedy trio are back in Carrick with over 4 million hits on YouTube, five exclusives.

Foil Arms and Hog are one of the country’s finest comedy prospects. In their new show 'SkiddlyWup', they present their most critically acclaimed show to date, showcasing a delicious blend of bizarre, surreal and hilarious comedy scenes with outrageous characters and unexpected twists.

There is more music on offer on March 23 of traditional Irish variety with an appearance by Buttons and Bows. This influential foursome - made up of Jackie Daly, Séamus and Manus McGuire and Garry O’Briain - began its days with trad sessions in Kinvara, Co Galway, fuelled by a shared taste for musical adventure.

As March draws to a close Thursday 31 will feature ‘Charolais', an age old tale of female rivalry with a new twist: the other woman is a cow, a literal one, a purebred Charolais heifer! Siobhan’s boyfriend is a farmer who devotes considerable attention to his prize heifer at the expense of his very pregnant girlfriend. A dark comedy of love and longing, fast-paced, witty… filled with laughter, loss and despair. Bookings on www.thedock.ie or (071) 9650828.