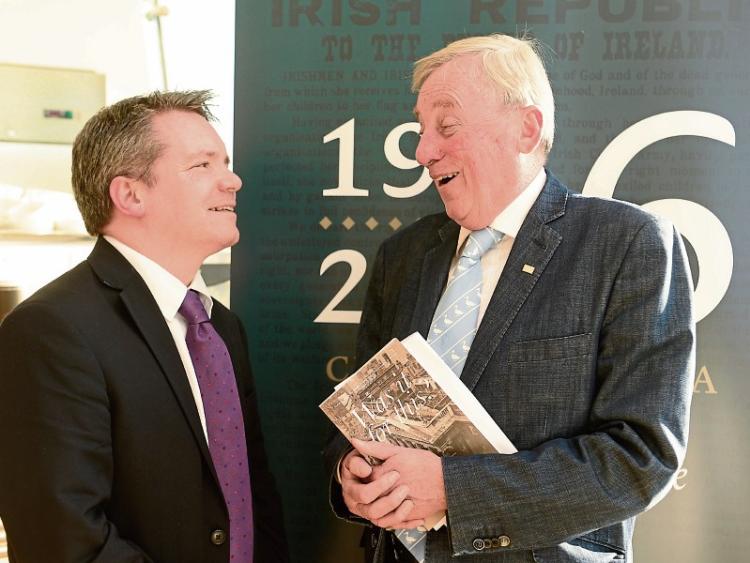 'Was it for this? Reflections on the Easter Rising' is a joint initiative between Ireland 2016, the state commemoration body, and The Irish Times.

It is a compilation of editorial commentary that have been in the archives of The Irish Times since 1916 and also a book 1916: The Easter Rising produced by The Irish Times in 1968.

The book was launched by the Minister for Arts, Heritage and the Gaeltacht Heather Humphreys last week. She said the book would be a valuable addition to the literature on the Easter Rising.

Speaking at its unveiling and the launch of Was It For This?, Kevin O’Sullivan, the editor of The Irish Times, remarked upon “the incontrovertible evidence of The Irish Times’ role as the home for challenging viewpoints and analysis, consistently over 100 years since 1916 – including the airing of views confronting its not altogether happy role in those immediate events surrounding the Rising”.

He said this did not constitute a “legacy of evasiveness” as had been suggested in some social media circles recently.

“We became the cauldron of conflicted narratives throughout the 100 years of our State’s history.”

Minister for Arts Heather Humphreys also attended the launch. She said the book was a valuable contribution to the commemorations addressing some of the “most sensitive and difficult issues” of the past century.

Ronan McGreevy said: “It was a pleasure putting this book together. There is simply nothing like it out there at the moment.

“The Irish Times was the voice of southern Unionism in 1916 and condemned the Rising outright. The editorials and letters from readers reflected their outrage at the rebellion and the destruction it caused, but the book also contains reports of a speech by John Dillon, the deputy leader of the Irish Parliamentary Party, when he warned the British Government that it was ‘washing out our life's work in a sea of blood’.

“It is fascinating to see how perceptions of the Rising changed with each generation. In the 1950s and 1960s there was a sense of disappointment that the State the rebels fought to create had not happened.

"In the 1970s and 1980s, the Rising was seen through the prism of the Troubles. There is an account in 1991 of the Government's difficulties in commemorating the 75th anniversary of the Rising.

“The book contains articles from two former Taoisigh, John Bruton and Garret FitzGerald, three world-class writers, Séan O'Casey, Séan O'Faolain and John McGahern, serving and former ministers, Éamon O'Cuiv, Joan Burton, Charlie Flanagan and Heather Humphreys and some of Ireland's most distinguished historians, Owen Dudley Edwards, Diarmaid Ferriter, John A Murphy, Ronan Fanning, Ruth Dudley Edwards and Conor Cruise O'Brien among others.  I hope it will contribute to the debate that people are having about this seminal event in Irish history.”

Ronan McGreevy’s book Wherever the Firing Line Extends: Ireland and the Western Front will be published in June.