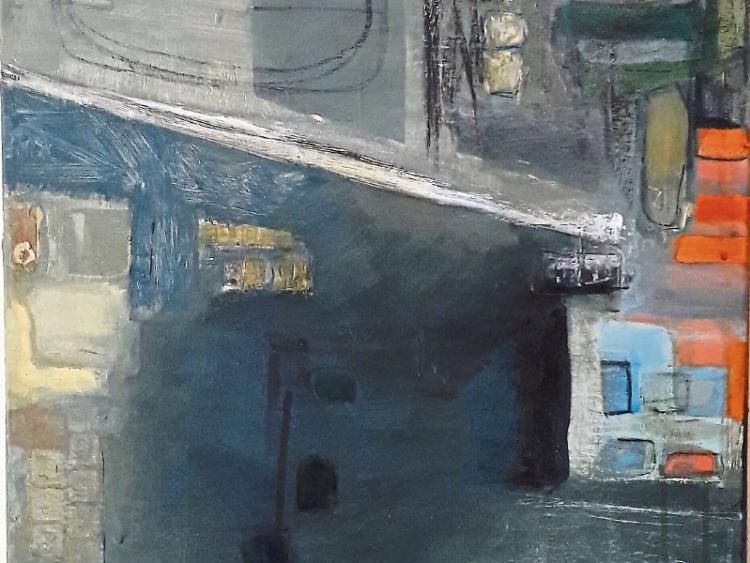 Solas Gallery is delighted to present Carol Wood with a solo show titled ‘One’s Support’ at the Gallery.

Based on the concept of friendship, Carol expresses, “how one’s friendships maybe in a state of flux and vary to achieve the outcome.”

Whatever ‘one’ may require or need to support ‘the self’ on a daily basis, it may lead to a personal discovery within whatever the consequences may be good or bad, according to Carol.

The artist is originally from England and has been living in Boyle since moving to Ireland at the beginning of the new millennium.

Carol studied at GMIT Castlebar from which she was awarded a BA in Art &Design in 2013.

Having exhibited locally, nationally and internationally, Carol has developed a style that she describes as creating pieces that blur representation into abstraction with the odd exception of the rule.

She uses a combination of oils and cool acrylics to make marks on board and canvas.

Carol’s work is involved with intuitive snapshots of life both emotional and rational; one of her pieces depicts everyday objects (Hers).

Another piece leaves us perusing a segmented landscape (Recognition) in which a phantom figure sits perusing while being the object of our own perusal.

Carol’s work has the ability to make us stop and consider the process by which she conveys the ordinary in such a subtle and thought provoking manner.

The exhibition opens on Friday, July 1 at 7.30pm and will be opened by Louis Mc Loughlin, Artist and Chairman of Solas Gallery.

The exhibition continues until July 23.