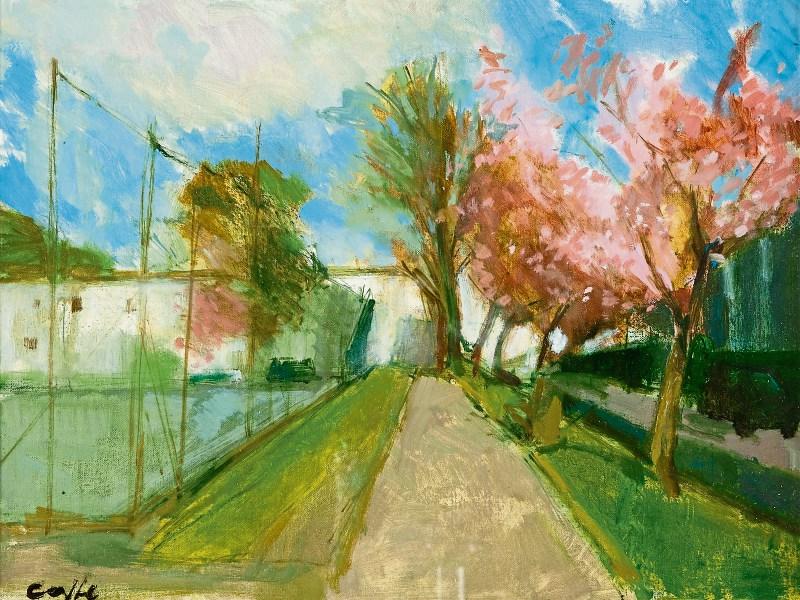 'Now Came Still Evening On’ - works by John and Gary Coyle opens September 10 and runs until November 12 at The Dock.

In this exhibition the works of the two artists are drawn together through themes of situation, familiarity and immersion in art.

The title of this exhibition comes from John Milton’s epic poem Paradise Lost.

The poem which was deeply critical of the political climate at the time, was written in relative old age when the poets eyesight had declined.

The poem was conservative in structure and language but deceptively rebellious in its references.

John Coyle is a fine painter, with the skill and sensitivity that comes from a lifetime in the tradition.

Now in his late 80’s he creates works that are luminous in atmosphere and emotion; he makes works which push painting into the realms beyond subject.

His focus is on the things that are in front of us all, he paints urban scenes, snapshots, views from his studio, informal portraits, and still-lifes rendering the everyday things of life.

Gary Coyle will create, in The Docks largest gallery, a spectacular immersive environment of multi-layered drawings.

For this exhibition he has made numerous new works which will be hung in the salon style and are made in respect to classical references, part homage to kitsch, part nod to the Baroque.

The works join the art historical with contemporary cultural references.

Framing and the function of the frame and the nature of the gallery itself is questioned within the world of imagery he creates.

His large scale charcoal drawings explore a variety of subject matter and themes.

Memes, such as cats, are portrayed by him as noble, uncanny and sinister.

The layers of so much imagery are at once both over whelming, and obscuring much like our bombarded and overloaded experiences in current media culture.