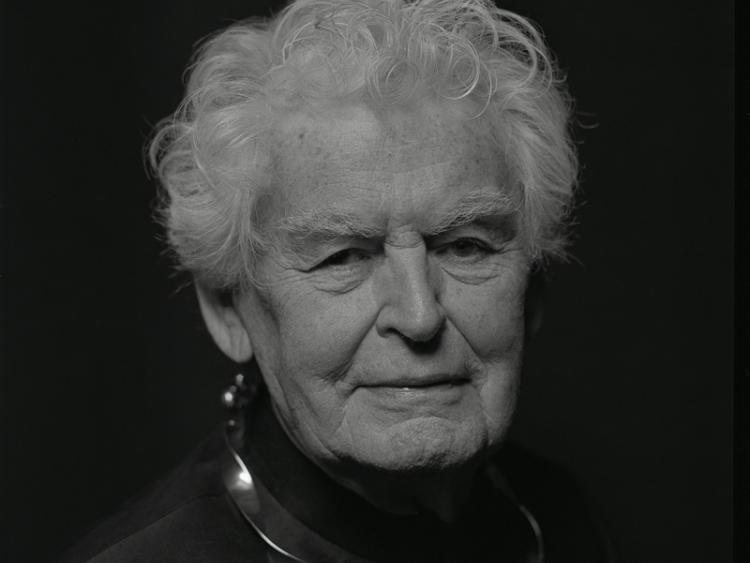 Solas Gallery are delighted to announce the opening of a retrospective exhibition of the acclaimed Irish Artist Patrick Scott (14 January 1921 – 14 February 2014) this Friday, October 28 at 7.30pm.

Patrick Scott was born in Kilbrittain, County Cork, in 1921, and had his first exhibition in 1944, but trained as an architect and did not become a full-time artist until 1960. He worked for fifteen years for the Irish architect Michael Scott, assisting, for example, in the design of Busáras, the central bus station in Dublin. He was also responsible for the orange livery of Irish intercity trains.

His paintings are in several important collections including the Museum of Modern Art in New York. He won the Guggenheim Award in 1960, represented Ireland in the 1960 Venice Biennale, the Douglas Hyde Gallery held a major retrospective of his work in 1981 and the Hugh Lane Gallery in Dublin held a major survey in 2002. His works are distinguished by their purity and sense of calm, reflecting his own interest in Zen Buddhism.

On 11 July 2007, Scott, who was a founding member of Aosdána, was conferred with the title of Saoi, the highest honour that can be bestowed upon an Irish artist. The President of Ireland, Mary McAleese, made the presentation, placing a gold torc, the symbol of the office of Saoi, around his neck. No more than seven living members may hold this honour at any one time.

The exhibition will be opened by Eric Pearse, Scott’s companion of 30 years whom he married in October 2013 in a civil ceremony in Dublin. Opening hours of the gallery are Tuesday to Saturday 10am-6pm. If you have any queries, please contact Ben or Gail at (071) 9644210 or email info@solasart.ie.