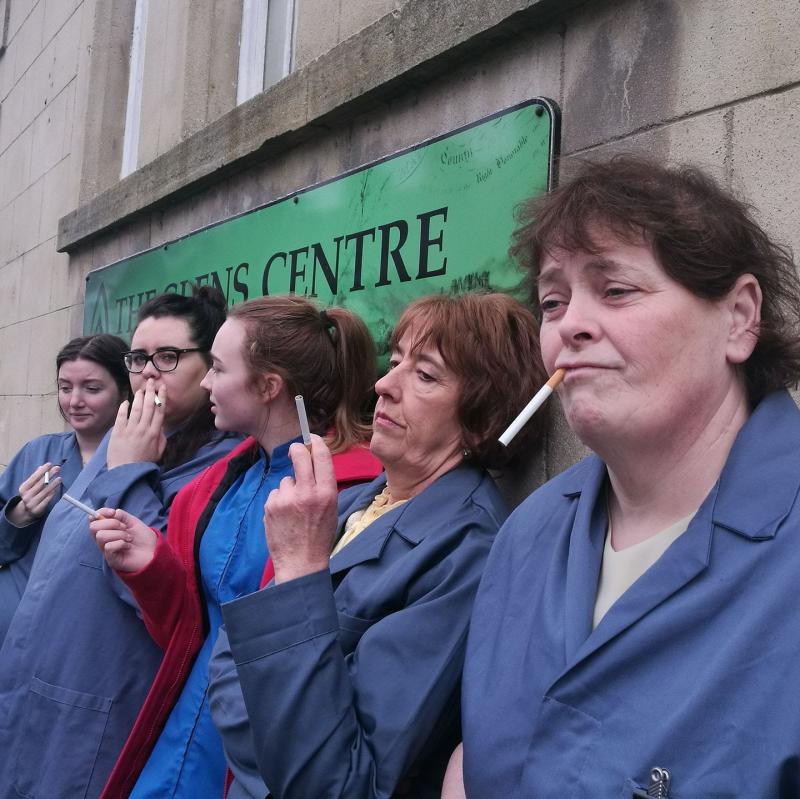 The powerful, moving and very funny play, 'The Factory Girls, by Frank McGuinness is coming to The Glens Centre, Manorhamitlon tomorrow night, March 21 for three nights.

It tells the story of five women faced with redundancy in their Donegal shirt factory and their fiery encounters with management and  the local union leader.

McGuinness wrote that he wanted to write a play that "celebrated the working class culture of women in the part of Donegal I grew up in".

His work is indeed a celebration and also a tribute to these courageous, determined  and compassionate workers. Among those taking part in this fantastic Splódar production are: Treasa Nealon, Sheila O’Keeffe, Eileen Slevin, Sarah Ferguson, Kaytlin O'Hara, Darragh Heraghty and Dave McEvoy.