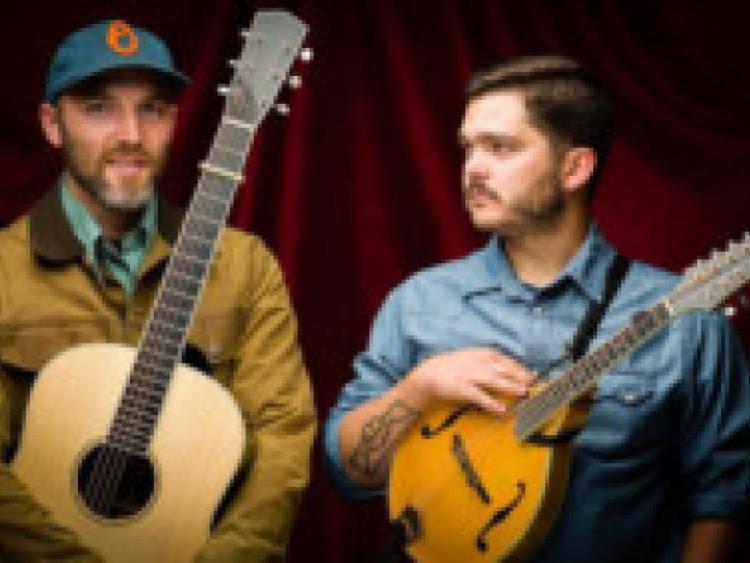 Two of the most innovative and subtle roots musicians today Cahalen Morrison and Eli West (USA) play the Glens Centre, Manorhamilton this Saturday, April 27 at 8.30pm.

Two of the most innovative and subtle roots musicians today Cahalen Morrison and Eli West (USA) play the Glens Centre, Manorhamilton this Saturday, April 27 at 8.30pm.

Creating a buzz amongst both their peers and press alike, this band’s music draws from old folk sources, but sounds vibrantly alive.

Eli West brings jagged, angular arrangements based in bluegrass and old-time, but refracted through a 21st century lens.

Together, Cahalen and Eli tap the root of the old country and bluegrass duets.

As the parse landscapes of Cahalen’s vocals reflect the warm glow of Eli’s voice, it’s clear that this duo was made to sing together.

Cahalen Morrison & Eli West’s new album, Our Lady of the Tall Trees, is a stunning example of the power of great songwriting and musicianship.

They’ve been building buzz first and foremost among the top echelon of roots musicians, with Tim O’Brien, Dirk Powell, and Aoife O’Donovan actively singing their praises and spreading the gospel.

Gone are the twangy accents, gone the overplayed search for the “old, weird America,” and gone the banjo-as-a-prop theatrics.

This is music built on the joy of the craft, made by hand by two young masters with love for the traditions, but a bold vision for how the old sounds can fit into new soundscapes.