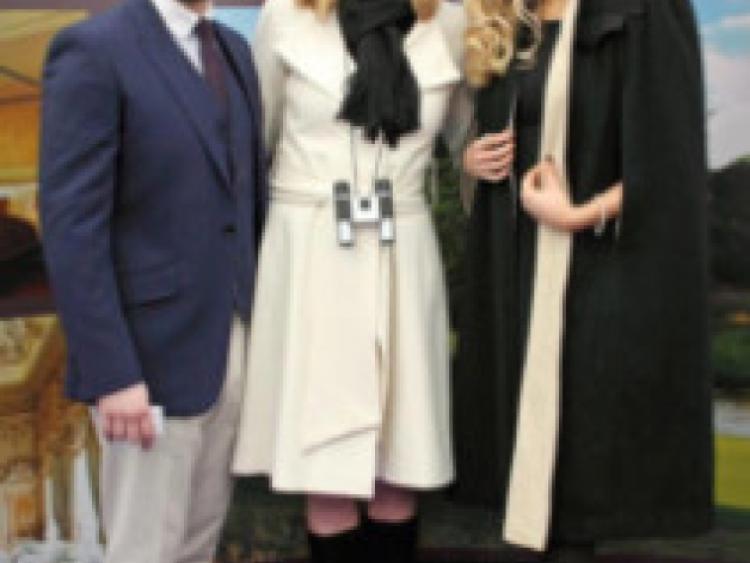 Angie Sutherland from Garadice, outside of Ballinamore is presenting an online TV programme called Fashion & Lifestyle.

Angie Sutherland from Garadice, outside of Ballinamore is presenting an online TV programme called Fashion & Lifestyle.

The former model works for Drumlin Media and presents a weekly programme called ‘Fashion & Lifestyle’ on an internet, web-based channel called www.cavantv.com. The show is watched around the world to over 200 countries with a viewership of over 70,000 per week and growing. The website have just had over one million views on YouTube.

Angie has interviewed everyone from The Taoiseach Enda Kenny to Louis Copeland along with models, singers and international celebs. She also records at local lifestyle and fashion events in Cavan Leitrim. Angie said she was approached by Drumlin Media at an event that she was attending to become a presenter with them. “After discussions with them, I created the programme back in 2012 as there was nothing focusing specifically on this topic in the Irish online television sphere.”

She told the Leitrim Observer, “I have always had an interest in fashion and beauty, like most women, and having modelled professionally this has given me first hand experience of the business. I have also worked extensively in marketing and PR and television is probably the most powerful and useful marketing/PR tool there is.”

She recently filmed Ladies Day at the Irish Grand National in Fairyhouse on Easter Monday where Angie was “delighted” to interview An Taoiseach, former Miss World Rosanna Davison and RTE fashion presenter Brendan Courtney. She also filmed the Barnardos charity fashion show in Dublin where Louis Copeland, Celia Holman Lee and some of the cast of Fair City put their modelling skills to good use for charity.

Upcoming events to watch out for Angie include the VIP/Peter Mark Style Awards 2013 in Dublin later in April, The Women in Business Conference in May being organized by Norah Casey, business woman and former Dragon on Dragon’s Den, and a special feature on master tailor Louis Copeland in May as well as Ladies Day at the Dublin Horse Show in August.

Angie is also involved in filming the Leitrim and Cavan Rose of Tralee selection nights.

Drumlin Media, whose studio is based in Cavan, are the only production company broadcasting live TV programmes online as well as pre-recorded shows. For more, just search under Angie Sutherland on Youtube.