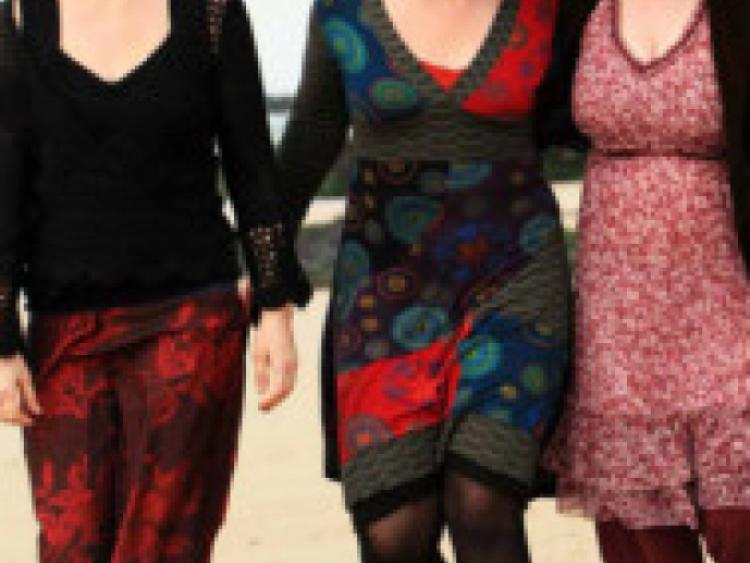 The Henry Girls, one of Ireland’s biggest acts play The Glens on July 6 at 8.30pm.

The Henry Girls, one of Ireland’s biggest acts play The Glens on July 6 at 8.30pm.

The band of sisters are now developing an international reputation, captivating audiences on worldwide stages and earning rapturous encores and standing ovations wherever they play. Their unique sound blends classic Traditional Irish Folk music with a hint of Americana, a nod to bluegrass as they present a selection of darkly beautiful roots music, from bluegrass murder ballads to gypsy torch songs, dirty blues to soul salvation. With the harp and piano as their main accompaniment, their shimmering harmonies weave a continuous spell throughout their music.

The Henry Girls are renowned for their fine close harmonies and musical arrangements, and have been likened to many other harmonising siblings such as The McGarrigle Sisters, The Andrews Sisters and The Everly Brothers. Their sound also reflects the influences of such great musical acts as Crosby, Stills & Nash, the Dixie Chicks, The Be Good Tanyas, The Indigo Girls, Alison Krauss, Joni Mitchell, Carole King, Tom Waits and many more

The talented Donegal natives have been playing and writing music together for more than a decade and Karen, Lorna and Joleen now have four albums to their credit. Their most recently released album in August 2011, ‘December Moon’ was produced by Calum Malcolm (Blue Nile, Heidi Talbot) and features many of the North West’s finest musicians including Ted Ponsonby, Nicky Scott, and Liam Bradley.They write songs that are soulful and evocative with a universal appeal.