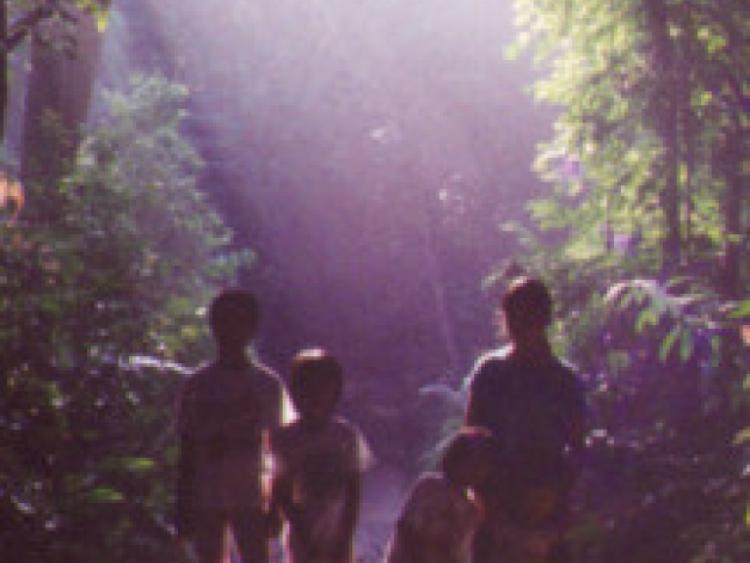 The Model is proud to present one of Ireland’s most intriguing highly acclaimed acts of 2013 to Sligo on July 20 for an extraordinary night of synched visuals and electronic beats.

The Model is proud to present one of Ireland’s most intriguing highly acclaimed acts of 2013 to Sligo on July 20 for an extraordinary night of synched visuals and electronic beats.

Halves are an ambient/alternative/electronic band based in Dublin who last performed at Forbidden Fruits Festival in the heart of Dublin. ‘Boa Howl’ is the follow-up to Halves’ 2010 Choice Prize-nominated debut album ‘It Goes, It Goes (forever & ever)’, and sees the Irish trio return with a bolder, more experimental second offering. ‘Boa Howl’ features a mix of confident upbeat tracks side by side with slow experimental pieces, resulting in a cinematic, surreal journey over eleven songs. Guest vocals appear courtesy of Gemma Hayes, a fan of the band for some time. Canadian musician Elaine Kelly-Canning features on harp and added string performances come courtesy of local Swedish players. ‘Boa Howl’ refers to a summit on a mountain in China dubbed ‘White Boa Howl’, which the band felt captured, the surreal nature of the songs.

The trio blend a vast range of instruments, acoustic and electronic, to create an evocative, cinematic live experience. Their five releases to date have met with universal critical success, as well as earning them ardent fans from Tokyo to Seattle. Their live show is truly captivating; a mix of synched visuals, strings, brass, and electronics, anchored by soaring guitars and dual drummers. In 2009, Halves made their debut TV performance, topping the viewers’ choice poll on RTE’s ‘Other Voices’ series. More recently the band played at the SXSW Music Festival in Austin Texas, Eurosonic, Canadian Music Week and London Calling. Halves have supported the likes of British Sea Power, Mercury Rev, Low and PVT, and were nominated for the Choice Music Prize for their debut album. The album launch is in The Model on Saturday, July 20 at 8pm. Tickets €15/12 www.themodel.ie