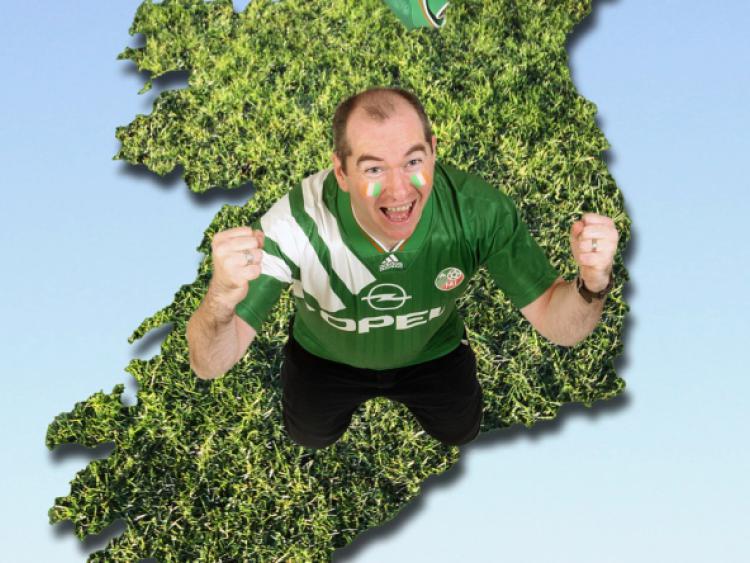 The brilliant Padraic McIntyre is back in The Dock on Wednesday, February 5 performing in Marie Jones’s passionate and often hilarious show ‘A Night in November.’

The brilliant Padraic McIntyre is back in The Dock on Wednesday, February 5 performing in Marie Jones’s passionate and often hilarious show ‘A Night in November.’

Presented by Ramor Theatre the play centres on the character of Kenneth McAllister and his journey from partisan Northern Ireland football fan to being a supporter of the Republic of Ireland team in the 1994 World Cup.

When Ulster Protestant, Kenneth McCallister finds himself on the football terraces for a crucial Northern Ireland v Republic of Ireland World Cup qualifying match, little does he know that his hum-drum life is about to change forever. This production of Marie Jones’ smash-hit one-man show, A Night in November features Padraic McIntyre playing the part of Kenneth, a protestant dole clerk on a search for his own identity

The play shows how Kenneth deals with his crisis through monologues and soliloquies as well as introducing numerous other characters to interact with, all played by the one actor. By the end of the play Kenneth travels to New York to support Jack’s Army in the World Cup and he has come to terms with his identity as an Irish Protestant. “I am a free man, I am a Protestant man, I am an Irish man”

Jones’ enduringly humorous and challenging play is both uncomfortable and compelling as it lays bare the issues of Protestant identity in 1990’s Northern Ireland. It is the perfect night for a build up to the World Cup 2014.

Marie Jones’s passionate and often hilarious show has enjoyed productions all over the world including the West End and a successful six month run off-Broadway. It is in The Dock for one night only on Wednesday, February 5. Tickets are priced at €16/€14 and are available from the box office on 071 9650828 or on line at www.thedock.ie.