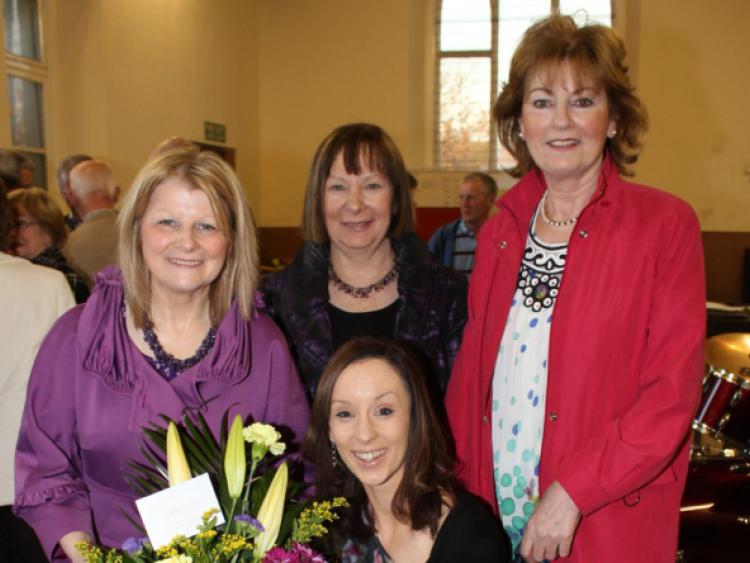 Tish Dunleavy, Musical Director of the Mohill based ‘Sweet Spirit Gospel Choir’ has composed a song which will be performed for the first time in St. George’s Heritage & Event Centre in Carrick-On-Shannon on Sunday, December 8 at 8pm.

Tish Dunleavy, Musical Director of the Mohill based ‘Sweet Spirit Gospel Choir’ has composed a song which will be performed for the first time in St. George’s Heritage & Event Centre in Carrick-On-Shannon on Sunday, December 8 at 8pm.

Soprano Pearl Kielty will be the soloist supported by the choir. Pearl is also a member of the Sweet Spirit Gospel Choir. The show will cover various genres of music such as Gospel, Country, Folk and Christmas Classics which means there will be something for everyone. Proceeds from the show will go to the Alzheimer’s Unit, St. Patricks Hospital Carrick-On-Shannon and the Leitrim/Sligo Special Olympics Fund.

The Sweet Spirit Gospel Choir was founded by Tish in January 2011 and continues to go from strength to strength. The members come from various places in Counties Leitrim, Roscommon, Cavan & Longford. The aim of the choir is to bring people together in friendship through music and song and this is exactly what is happening.

A substantial amount of money has been raised from these performances for various charities. ‘Stop Suicide’ & the County Leitrim Multiple Sclerosis Society are some of the charities who have benefited from their performances.

The choir usually learn three or four new songs before each show so their audiences get to hear something different each time. This gave Tish the motivation to create her own work for the upcoming show in St. George’s.

She believes the inspiration came from her late Mother, Mary Dunleavy, because she wrote it on the date of the anniversary of her death. Her song is a Christmas themed song but is also very relevant to the issues of today.

The song was recorded by the Sweet Spirit Gospel Choir in the Hunt Memorial Hall, Mohill which is also their rehearsal venue. It will be available on CD after the launch on December 8th in St. George’s or by contacting 086-1723178.

Tish has composed other songs which will feature in the Choir’s Spring performances so watch this space!

A few choirs in Leitrim and West Cavan have requested permission to perform the song at Mass this Christmas so keep an ear out for that! Tish wants to acknowledge the continued and constant support of Hunt National School and David Wynne Diamond Water Productions who recorded & produced the CD.