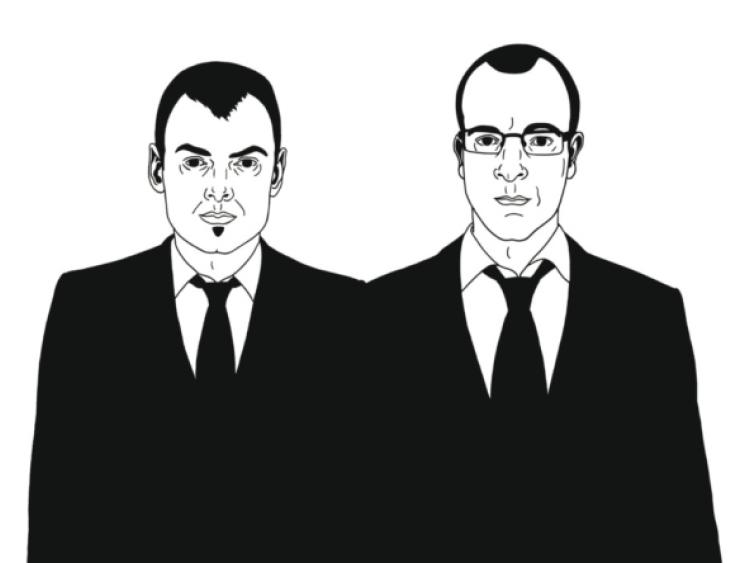 The sound is completely different from Blake’s previous work, with a strong 80’s synth­pop feel.

The new album, titled ‘Modern Love’, which was primarily written and recorded in Leitrim has been getting favourable reviews with comparisons drawn to the likes of Gary Numan, Depeche Mode and David Bowie.

Singles ‘Missing Person’ and ‘Michael Caine’ have been raising eyebrows both at home and abroad with 2FM DJ Dan Hegarty helping introduce Electro Sensitive Behaviour (ESB) to an Irish audience.

While ‘Modern Love’ may be seen as a significantly different project to what Perry Blake has previously released, there are similarities between the old and the new.

His distinctive and powerful voice is still very much a key feature while the song writing remains both clever and thought provoking. When that unique voice is added to the upbeat and fast tempo of the music, the result is infectious.

Previously Blake released six solo albums stretching back as far as his self-titled debut in 1998 which featured the acclaimed single ‘The Hunchback of San Francisco’.

Perry has written for French legends such as Francoise Hardy & Emilie Simon as well as writing a best selling Portuguese children’s book ‘Gatos em Lissadell’ while his songs have also featured in a number of films.

A glance through his back history gives an indication of the calibre of songs in his repertoire and it is possible that ‘Modern Love’ may be his best work to date.

ESB are playing the world premiere of the live version ‘Modern Love’ at Stanford’s Village Inn, Dromahair on June 21, but admission may be limited due to the size of the venue.