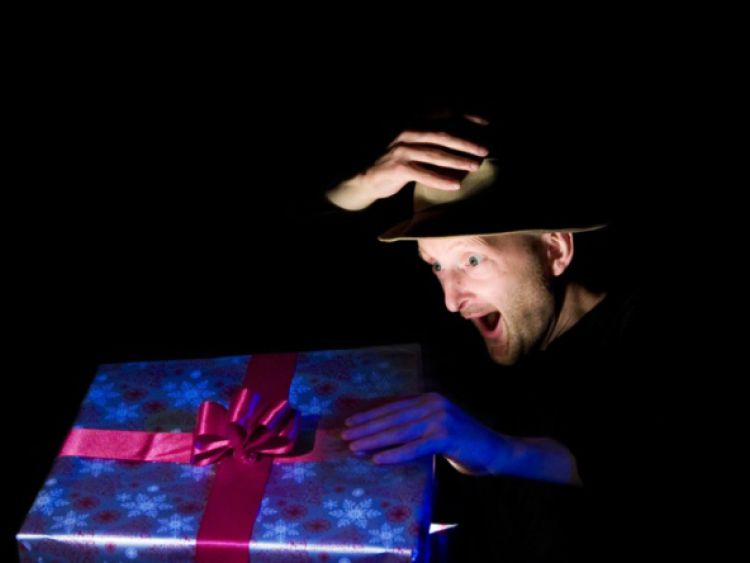 Branar Téatar do Pháistí are thrilled to announce its brand new show for 2013, Twas The Night Before Christmas, a new theatre show created and directed by Branar’s artistic director Marc Mac Lochlainn.

Branar Téatar do Pháistí are thrilled to announce its brand new show for 2013, Twas The Night Before Christmas, a new theatre show created and directed by Branar’s artistic director Marc Mac Lochlainn.

This is Irish children’s theatre at it’s best and the show commences its nationwide tour, opening at The Dock, Carrick-On-Shannon today, Wednesday December 4.

As the town is preparing for Christmas in the fun build up to Christmas - Houses are being decorated, cards being written, presents being wrapped and stockings being hung.

Join Branar, as they take you on a joyful journey through to the most magical night of year.

Loosely based on the classic poem, and arguably one the best-known verses ever written for the Yuletide, Branar’s bi-lingual show combines nothing but the finest ingredients for engaging and fully accessible children’s theatre to create a fun & magical festive show for audiences aged 5 and up-wards, set in the company’s inimitable style.

Twas The Night Before Christmas is largely responsible for some of the modern day conceptions of Santa Claus we know today and this new Branar production promises to offer all that is special about Christmas and much more in terms of educating young children through theatre to help expand their minds and inquisition about life and live theatre.

Founded in 2001, Branar Téatar do Pháistí develops work for children and presents productions in schools, venues and at festivals both throughout Ireland & Internationally.

All of Branar’s previous 5 shows have been invited to international festivals in Germany, Denmark, Scotland, England and Wales.

Twas the Night Before Christmas from its first line, is a poem first published anonymously in 1823 and later attributed to Clement Clarke Moore, author of the yuletide poem A Visit from St. Nicholas