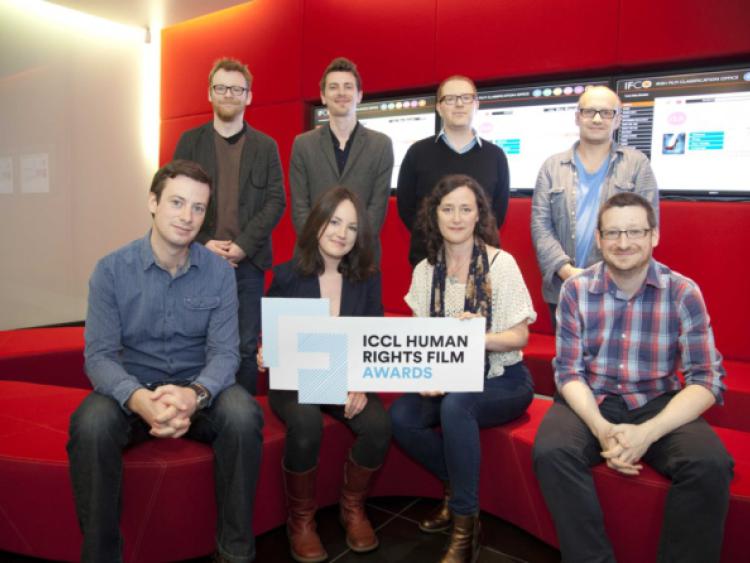 The work of a Manorhamilton woman has been named in a shortlist of six for this year’s Irish Council for Civil Liberties Human Rights Film Awards.

The work of a Manorhamilton woman has been named in a shortlist of six for this year’s Irish Council for Civil Liberties Human Rights Film Awards.

‘The Room’, directed by Róisín Loughery subtly explores the small moments of magic that happen in the course of an art class in the Sacred Heart Hospital in Castlebar, Co. Mayo.

Using a ‘fly on the wall’ approach, the film is a powerful and touching portrayal of the creative experience of long stay hospital residents who have an acquired brain injury as a result of stroke, accident or conditions such as Alzheimer’s.

Told through artist Tom Meskell’s own words, the film reveals the profound impact of art and creativity in the lives of the residents.

The shortlist for the Awards consists of six hard-hitting documentaries that combine filmmaking with international human rights activism. Issues explored include homelessness, the arts and their impact on health, immigration, holocaust survivors, the land/food crisis in Guatamala and the plight of Syrian refugees.

Speaking at the annoucement of the shortlisted films last week, Awards Jury member Lenny Abrahamson said: “I’m delighted to join my fellow Jury members today to launch the shortlist of the 2014 ICCL Human Rights Film Awards. This year’s shortlist contains a range of Irish and international short films touching on human rights topics of urgent global and local significance, from the crisis of homelessness, to the effects of the Syrian conflict.

“I would like to congratulate all the filmmakers on reaching the shortlist of this unique competition. I look forward to our deliberations to decide the winning film.”

The films are now available to view on the Awards website www.humanrightsfilmawards.org.

The Irish Council for Civil Liberties (ICCL) will host a star-studded Gala screening of the six shortlisted films on June 26, in Dublin’s Light House Cinema.