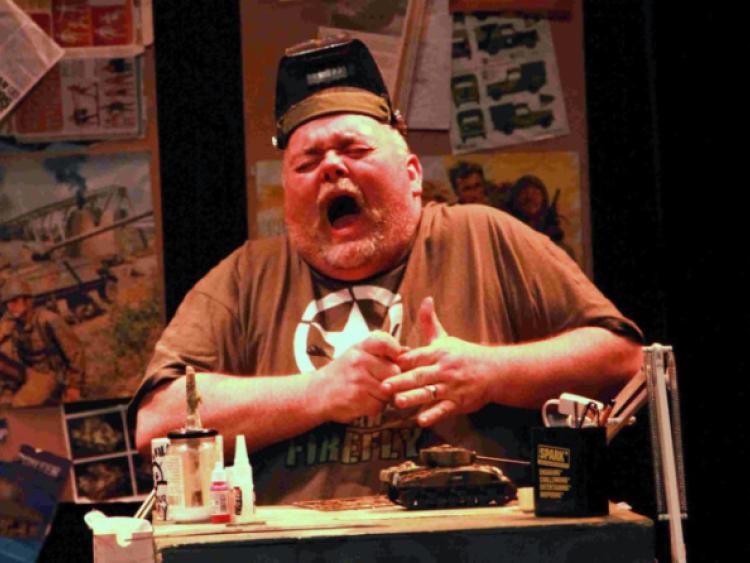 Based on a true story Small Plastic Wars is a hilarious account of how one man turned to an unfilled dream to bridge the void of unemployment and recession.

Based on a true story Small Plastic Wars is a hilarious account of how one man turned to an unfilled dream to bridge the void of unemployment and recession.

Joe, (played by Pat McGrath), is in total control of his world. It’s a pity that it exists only in 1/35 scale and is made of plastic.

Meanwhile back in the real world there’s a competition coming up and Joe just wants to be left alone to build his models and win the overall prize in the show.

Unemployment has finally given him the time to enjoy his hobby of sticking bits of plastic together, but unfortunately his wife, his kids, the bank manager, his nemesis Hermann (whose real name is Brian), the checkout girl in Tesco and Angela Merkel all have other ideas...

The show, which premiered at the Dublin Fringe Festival, is a bitter sweet comedy and will resonate with anyone who has ever dealt with a major and unexpected change in their personal circumstances.

It is written and performed by Pat McGrath, Directed by Alan King and Produced by Tom Dowling.

McGrath’s performance has been described as “wonderful” (Irish Times) and “an engaging one man show, tightly scripted and adeptly delivered by McGrath” (The Sunday Times)

Small Plastic Wars will be staged for one night only at The Dock Arts Centre, Carrick-on-Shannon on Thursday, November 6.

You can also book online at www.thedock.ie