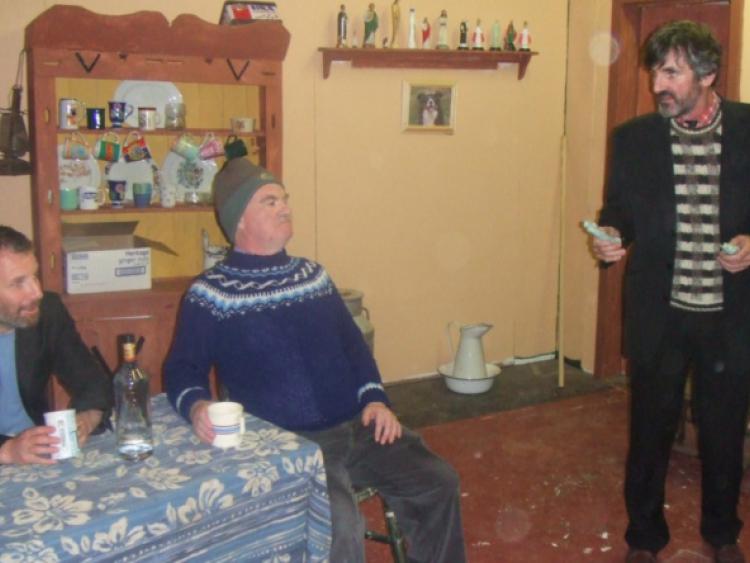 Beezneez Theatre Company are now in the middle of the busiest period on their history which will see them involved in no less than three productions between now and the end of September.

Beezneez Theatre Company are now in the middle of the busiest period on their history which will see them involved in no less than three productions between now and the end of September.

McDwyer says he has wanted to direct this play for years but waited to get the cast he needed to do justice to this wonderful play which rips apart the old Ireland image of comely maidens and leprechauns and introduces us to the mad world of brothers Coleman and Valene which revolves around important matters such as the ownership of poitin, crisps and figurines.

Beezneez return with their collaborative work, ‘The Harper’s Wake’ which was such a huge success when premiered for The Connacht Fleadh Ceoil last year. Author John McDwyer has expanded the piece by introducing a new character and with additional music ‘The Harper’s Wake’ seems set to be a star of the All Ireland Fleadh Festival in Sligo. Hubert McMorrow, Valerie Traynor, Mary Blake and Gerry Farrell will feature along with the Comhaltas musicians from Carrick-on-Shannon. The Harper’s Wake will play in The Dock on August 11 and in The Model, Sligo on August 14.

And, finally, Beezneez will undertake a short retour with Gerry Farrell’s phenomenal performance in John McDwyer’s An Ordinary Man with local performances in Longford, Carrick, Manorhamilton and Sligo should not be missed.