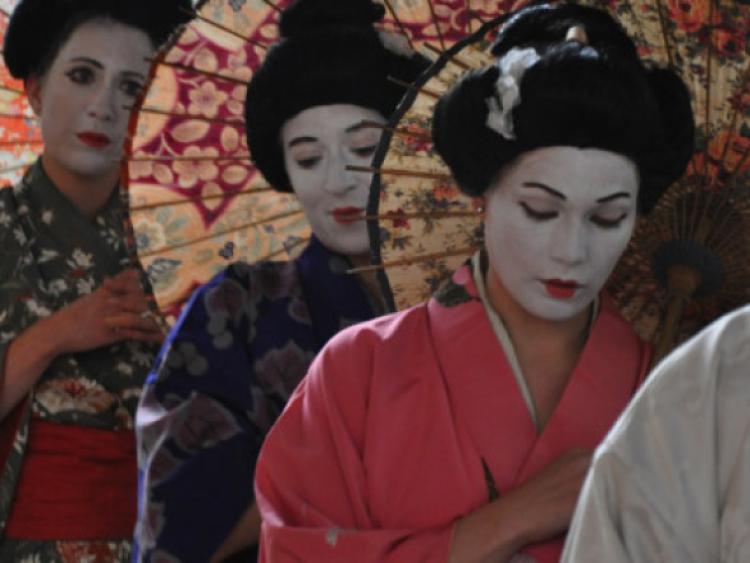 Those of us who remember the very first Carrick Water Music Festival will recall the brilliant performance by Opera A La Carte in Mozart’s ‘Don Giovanni’.

Those of us who remember the very first Carrick Water Music Festival will recall the brilliant performance by Opera A La Carte in Mozart’s ‘Don Giovanni’.

For many, it was a first-time experience of opera, certainly a light-hearted one that will be remembered, as will the company’s second appearance for the Festival in another very popular Mozart offering, ‘The Magic Flute’.

The opera company has gone from strength to strength over the past 10 years and will return to celebrate Carrick Water Music Festival’s 10th Anniversary with a gala performance of Giacomo Puccini’s classic ‘Madame Butterfly,’ in full costume, with stage settings and musical accompaniment of piano, flute, trumpet, clarinet and bassoon. On Saturday, 19th July, beginning at 8pm sharp, the Landmark Hotel’s Conference Centre will be transformed into early 19th century Nagasaki, land of cherry blossoms and geishas.

A tragic opera, ‘Madame Butterfly’ was first performed in 1904 at LaScala in Milan, and it ranks on Operabase as the 7th most performed opera in the world. Our misused heroine Cio-Cio-San (nicknamed Madame Butterfly) has been sung by no less than Leontyne Price, Maria Callas and Renatta Scotto among many other opera greats. “Butterfly” is undoubtedly one of the most beautiful and most comprehensive portraits of a woman in the history of opera—but also one of the most terrible, since it is a tale of humiliation and deceit which ultimately leads to death.” (Opera National de Paris)

The opera will be performed in the original two acts, with the first act 55 minutes, a 20-minute break, and the second half 1 hour and 15 minutes. A full synopsis of the opera, which will be sung in Italian, will be printed in the Festival’s full programme of events to be launched on 1st July and available in many outlets free of charge.

Bookings at the Box Office in The Dock, 071 965 0828. Ticket price is a reasonable €35 per person. See the Festival’s website for further information and our other numerous events to be held from 15th through the 20th of July: www.carrickwatermusicfestival.com.