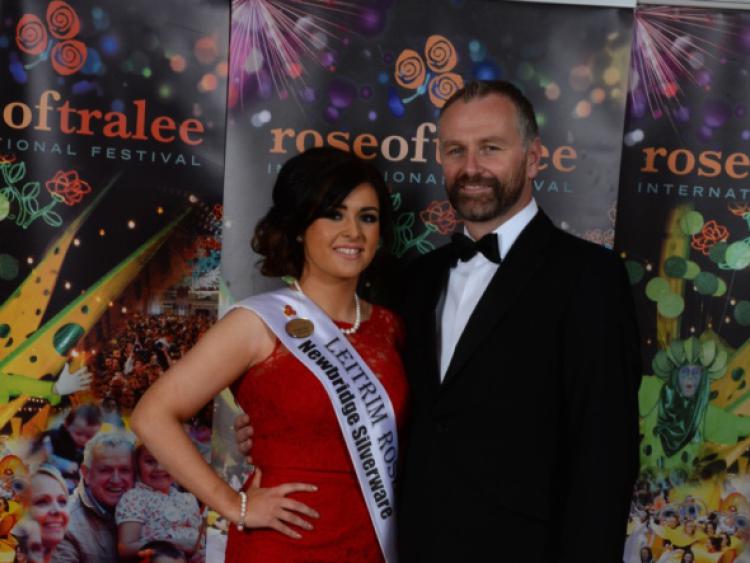 Leitrim Rose Sinead Flynn, may have been unlucky not be chosen as one of the 23 Roses in the 2015 Rose of Tralee International Festival, but she certainly isn’t disappointed.

Leitrim Rose Sinead Flynn, may have been unlucky not be chosen as one of the 23 Roses in the 2015 Rose of Tralee International Festival, but she certainly isn’t disappointed.

“I wanted to be Leitrim Rose, everything after that is a bonus,” a tired but happy Sinead states. Sinead said she had an “amazing” weekend in Portlaoise at the Regional Rose Finals.

56 Roses from the USA, Canada, Ireland, Britain, Germany, Luxembourg and the Middle East were treated to a four-day festival in Laois with Civic Reception, Classic Car Parade, Music & Street Market Festival and the Laois County Fleadh.

Although Sinead won’t be on stage in the Dome this year, she said she will be travelling to Tralee to support her friends. “They don’t just represent their countries or counties, they represent the class of 2015.”

22 year old, hairdresser Sinead who is mum to one boy, Kalium said she was happy that the Rose competition “allowed me to be myself, I didn’t change for it.”

The Leitrim Rose event almost did not go ahead due to a shortage of contestants, but following both local and national media attention, eight participants took part. Sinead said she hopes that next year the county will not be searching for numbers, “I have been treated like a princess, when would you ever experience this again?”

Sinead is looking forward to the Rose Tour hitting Leitrim in August, “I can’t wait to show them around, so they can see what I was talking about.”

A welcome home party was held in The Standing Stone Hotel, Ballinamore on Monday, June 1. Sinead paid tribute to the huge support from family, friends and the Leitrim public.