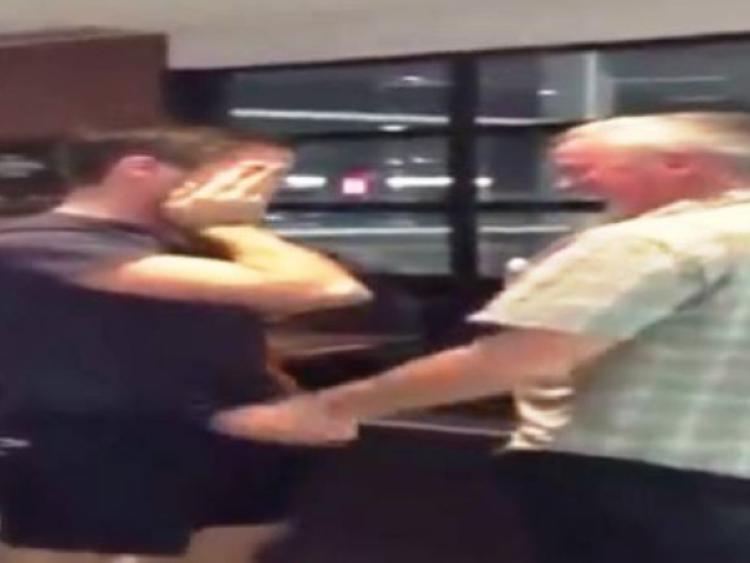 Drumreilly’s Killian Maguire has hit social media headlines after a surprise video of his parents visiting him in Perth went viral last week.

Drumreilly’s Killian Maguire has hit social media headlines after a surprise video of his parents visiting him in Perth went viral last week.

Sadly emigration is a part of Leitrim life, almost all families have been touched with it and we all know young people living in Australia, they miss so many family occasions and local events. But what about their own occasions?

Killian Maguire was celebrating his 30th birthday in Perth, away from family and friends at home.

He knew his brother Damon, who is currently living in Sydney was flying to Perth to celebrate his brother’s birthday, but Killian was overcome with emotions when he met a few more familiar faces in Perth airport.

Killian went to Perth airport to collect his brother last Thursday, May 28.

His brother Damon flew in from Sydney the day before, leaving Killian gobsmacked when his eldest brother Nathan showed up, having flown in from Ireland especially for his big 30th.

The video shoes Killian dazed, and unbelievably happy to see his older brother, but when Nathan walks him over to meet his parents, he really lets his emotions flow! In disbelief that his parents hd flown half way around the world to see him, Killian sheds a few tears, and rightly so. After a few hugs, you can see that the whole family are shedding tear of happiness, along with almost everyone around them!

John and Susan Maguire had flown over, all the way from Drumreilly on a 20 hour flight from Dublin to celebrate their son’s 30th.

The video has gone viral on youtube, probably because it touches anyone living away from home, or missing loved ones abroad, expect to shed a few tears if you see it at: https://youtu.be/GGfVDfwDYqc

The video was sent to Joe.ie by Cormac Maguire, another brother who didn’t make the trip, but it was also picked up by Australian World news, Ninemsn, WebTV75 and other online media outlets in Australia and Ireland.

Killian Maguire who works as a quantity surveyor in Perth, played football with Drumreilly GAA before he emigrated to Australia a few years ago.