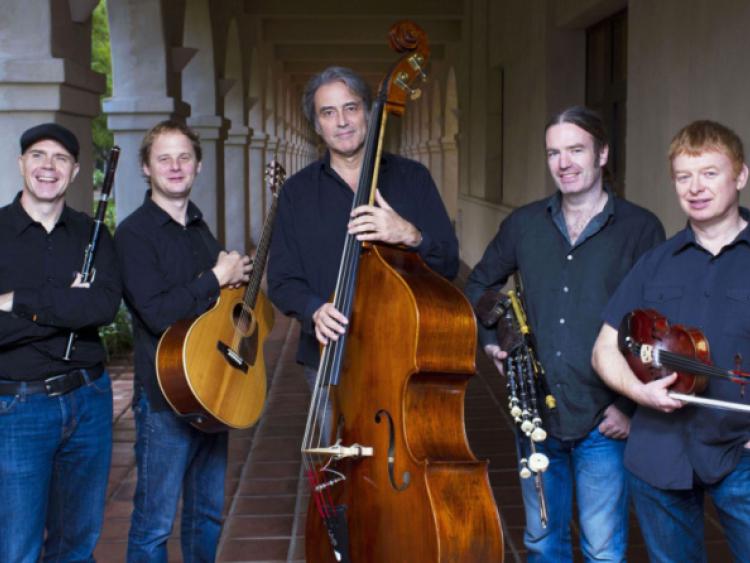 Lúnasa will play an intimate show at The Dock, Carrick-on-Shannon on Wednesday, June 17.

Lúnasa will play an intimate show at The Dock, Carrick-on-Shannon on Wednesday, June 17.

This is really something to brighten up an otherwise overcast June - a rare chance to catch one of the most sought after bands on the international music scene in the intimate surrounds of The Dock theatre on Wednesday June 17th, as Lúnasa make a welcome return to Leitrim as part of their current national tour.

With Kevin Crawford (flutes, low whistles and tin whistles), Trevor Hutchinson (double bass), Ed Boyd (guitar), Seán Smyth (fiddle and low whistle) and Cillian Vallely (uilleann pipes and low whistles) on stage you know you are guaranteed to hear some superb music and have no shortage of craic to boot.

Their inventive arrangements and bass driven grooves have steered Irish acoustic music into surprising new territory. Their recordings have been hailed as some of the best and most important world music albums anywhere, while their blend of intelligence, innovation, virtuosity, and passion has brought them to the forefront of Celtic music.

Lúnasa are internationally acknowledged as being the finest traditional Irish instrumental outfit of recent times and their sold out performances at The Dock over the years bear testament to this. Our advice for this one is to book early!

This is a rare chance to see them in such intimate surrounds and tickets are already selling very fast.