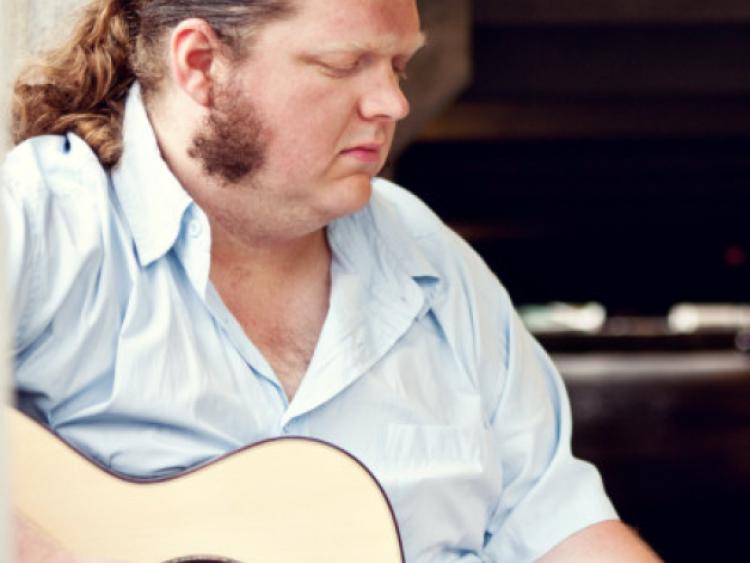 Described as “Canada’s greatest guitarist made one acoustic guitar sound like a fully staffed band. Outrageous skill and contagious joy,” Matt Andersen plays the Glens Centre as part of his first Irish Tour.

From New Brunswick, Matt Andersen has a larger than life showmanship that has been earning him a fervent and steadfast audience wherever he graces the stage. Matt’s sprawling blues, roots and rock musical hybrid with his sorrowing and soulful voice and astonishing guitar-playing has sparked a phenomenal buzz on Canada’s East Coast and that grass roots word of mouth cannot be contained any longer!

In the past few years, Matt has released an introductory EP along with two critically-acclaimed live fans’ favourites, the full length studio release “Second Time Around”, “Something In-between” which garnered two East Coast Music awards for Matt (Male Solo Artist of the Year and Blues Recording of the Year), “Piggyback” with harmonica virtuoso Mike Stevens and “Live at the Phoenix Theatre”.

Along with a very busy touring schedule as a headliner at major festivals, clubs and theatres throughout North America and the UK, Matt has also shared the stage and toured with David “Honeyboy” Edwards, America, Randy Bachman, the late Bo Diddley, Little Feat and a host of others.

Matt has just finished his fourth successful UK Tour along with airplay on the BBC and in various prominent blues and roots publications. Matt’s hectic touring schedule includes over 200 live dates a year that encompass North America and the rest of the world. In December 2009, Matt performed on the CBC Vinyl Cafe tour that is hosted by Stuart Mclean and included major centres between Ottawa and Victoria to capacity crowds. The Vinyl Cafe is a radio variety show on CBC radio, BBC radio 7 and U.S. public radio stations.

As the big winner and first Canadian to ever win the coveted first place position in the 2010 International Blues Challenge, Matt opened the door to the U.S. market and the larger world stage!

Matt Andersen is a very real, rare, raw talent and career artist - vital to our musical landscape. Catch him in the Glens Centre, Manorhamilton this Saturday, June 22 at 8.30pm.

The Independent: “The big young blues player from New Brunswick couples larger-than-life showmanship with fantastic acoustic blues, roots & rock fretwork & soulful vocals. A big presence on the North American live circuit, he’s coming to Europe with a much-anticipated studio debut in the can”.

Manchester Evening News: “Matt Andersen is an acoustic bluesman whose latest CD, Second Time Around, is as cheerful and relaxed as a conversation with an old friend. The sharp picking is a blues fancier’s dream, and his voice has a restrained fervor that shines on strong original material.”

Rock n Reel: “This is a serious collection. Matt demonstrates his considerable skills.”