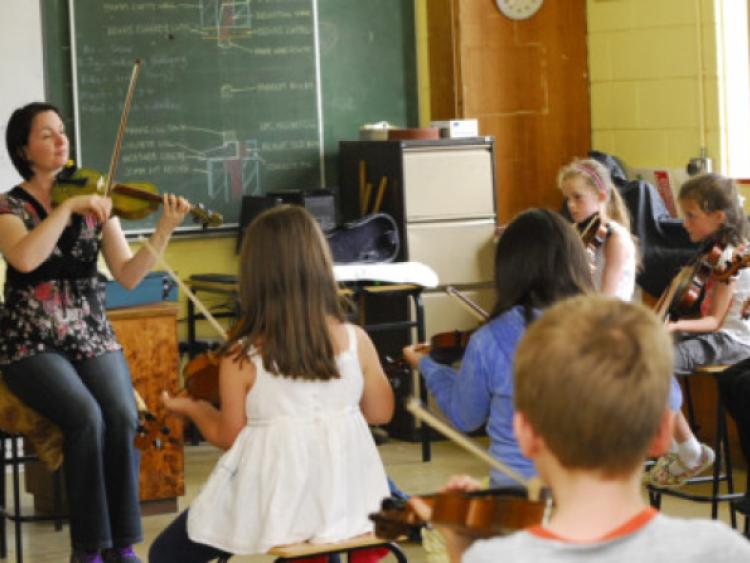 Images of Leitrim and Drumshanbo will be seen by 7.5 million viewers from Russia and Baltic Counties this year.

Images of Leitrim and Drumshanbo will be seen by 7.5 million viewers from Russia and Baltic Counties this year.

Russian TV show Dancing Planet filmed in Drumshanbo, courtesy of Tourism Ireland during the Joe Mooney Festival. The show has viewers in Russia, Estonia, Latvia and Lithuania, as well as a number of the Russian-speaking countries like Belarus, Kazakhstan and Kyrgyzstan.

A film crew from the state-owned Russian television channel, My Planet, spent eight days here, capturing footage at various locations around Leitrim, for two Irish-themed episodes of the popular programme.

The upcoming series will see presenter and professional dancer/choreographer Aleksandr Pukhov travel to various countries around the world, in a quest to discover more about the culture of each country through music and dance. The two episodes filmed here will air this September.

The crew travelled to Drumshanbo, where they spent a day soaking up the atmosphere at the annual Joe Mooney Summer School festival of Irish music, song and dance, enjoying set dancing classes and a hand dance workshop with Pat Murphy. Their itinerary also included a fiddle recital at the Lough Allen Hotel and a set dancing céilí at Drumshanbo Community Centre. They stayed at the Lough Allen Hotel.

Jim Paul, Tourism Ireland’s head of Australia and developing markets, said, “We are delighted that My Planet TV chose to film in Leitrim and Ireland. It is a really wonderful opportunity to showcase our rich culture of traditional dance and music, as well as some of the many things to see and do in this part of Ireland, to a huge audience of potential holidaymakers in Russia and other Russian-speaking countries. Television and film are recognised as strong influences for prospective holidaymakers and Tourism Ireland regularly works with TV and production companies around the world, to facilitate the making of travel and lifestyle programmes and films around the island of Ireland. The publicity value of a TV programme like this is incalculable – it is a really great way of promoting Leitrim and Ireland to millions of people in numerous countries, helping to inspire travellers to come and experience the destination for themselves.”

Tourism Ireland research has shown that the Russian market has limited understanding of what the island of Ireland has to offer as a holiday destination; so a key objective is to begin building awareness in Russia of the many things to see and do on a holiday here. Tourism Ireland’s international website is www.ireland.com, currently rolls out in 11 different language versions.