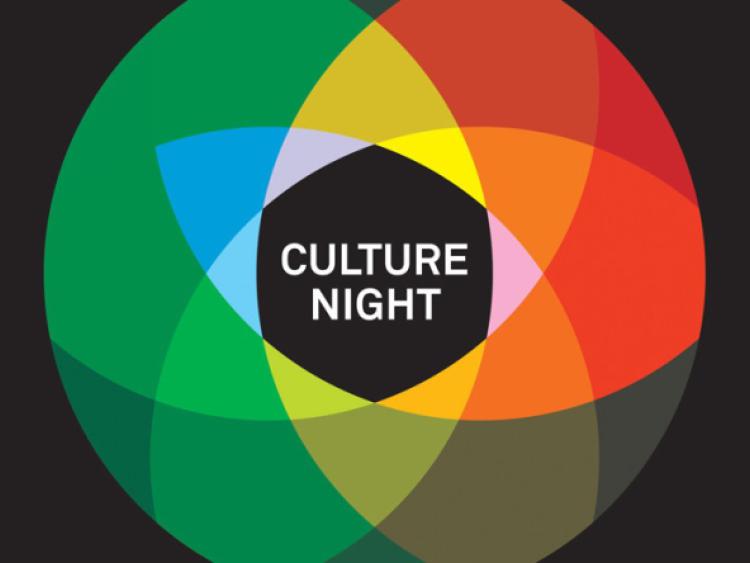 This Friday September 18, Leitrim will be alive with a host of free performances, exhibitions, workshops and demonstrations across the county.

This Friday September 18, Leitrim will be alive with a host of free performances, exhibitions, workshops and demonstrations across the county.

The Solas Gallery In Ballinamore will host an evening of entertainment from 8pm led by MC Brian Dolan. There will be music from Sam Burke of NUADA and Tiny Little Gods Productions will be showing an excerpt from their play ‘Creepy Jimmy’. Louis McLoughlin will perform a short play entitled “The Lady in the Cake”; a spoof on Raymond Chandler’s gumshoe detective Philip Marlowe.

In Carrick, 2015 is a special Culture Night for The Dock as they celebrate their 10th anniversary. Opening on this night is a major exhibition which celebrates work of artists Aideen Barry, Jonathan Nangle, Mark Garry & Karl Burke. There will be live traditional music, choir and a CD launch

and performance by “Tonic for the Din” a brand new pairing of singer Devon Alexandra and pianist Anna Hardiman. Events start at 5pm.

At 6.30pm, The Reading Room presents Carrie Crowley in conversation followed by the film Waterway that she wrote, directed and filmed in Leitrim. The film features Michael Power, Michael Harding, Marie Mullen and Aoife Duffin. Between 5.30 and 7pm join The Leitrim Design House on The Dock plaza and work alongside illustrator Krzysztof Dabek and Artist Stephanie Barnes to design your own paper puppet.

Or make it Friday night at the movies at Carrick Cineplex with two films with local connections: Song of the Sea at 5pm, featuring the voice of Carrigallen’s David Rawle; followed at 7pm by Jimmy’s Hall, directed by Ken Loach and filmed in Leitrim.

Discover Leitrim’s Heritage and the secrets of Carrick’s past at 11.30am and 6pm from St Georges Church and follow the footprints of a Mother and Child to the Famine Attic Workhouse and Commemoration Graveyard for a talk. You can also view the film “Leitrim Enduring and Enchanting” showing 400 years of history in Leitrim at the heritage centre.

In Carrigallen at 8.30pm Emerald Storm will be bringing their vibrant and energetic Celtic style show to The Corn Mill Theatre.

Local musicians will be performing at Drumkeerin Community Centre from 9pm and the traditional music trail continues between 7pm and 10pm at the Rainbow Ballroom of Romance in Glenfarne where you can catch the young Ceoltas local group, Glenfarne CCE, for an enjoyable evening for all.

Would be musicians should come along at 7pm to the Mayflower Community Centre in Drumshanbo where there will be a hoard of instruments for anyone to come and try their hand at playing.

The night will also feature demonstrations by leading local musicians and finish with an impromptu session.

With exhibitions, workshops and demonstrations, the Leitrim Sculpture Centre will be open for Culture Night from 4-8pm.

Meet Susanne Bosch, Artist in Residence whose socially engaged project Alternative Leitrim (working title) takes an interest in the growing movement of people who work with very diverse and limited means on the common good from 4-8pm.

The Glens Centre will be hosting a Multilingual Musical Night from 6.30pm, with Dervish’s lead singer Cathy Jordan and musician and composer Rossa Ó Snodaigh from Kila performing songs in Irish with Mabel Chah, from Cameroon, and Naomi McDonagh, a Traveller singer. Tahany Dance School, Glens Rock School, Leitrim Youth Theatre Company and others will also perform. Catch a screening of a short film by Róisín Loughrey and a sneak preview of Joni Crone’s new writing.

Gather at Manorhamilton Library at 6.30pm to listen to writer Brian Leyden; the author of The Home Place, Death and Plenty and Departures. The evening will also include traditional music from the Comhaltas Group.

At 6.30pm Carmen Cullen brings The Delia Murphy Show to Mohill Library. Well known songs of Delia include, If I were a Blackbird, The Spinning Wheel and Three Lovely Lassies. Art Studios in Mohill has an exhibition of local artists work.

Are you attending an event on Culture night? If so why not send us a picture. Email them to editor@leitrimobserver.ie for publication.