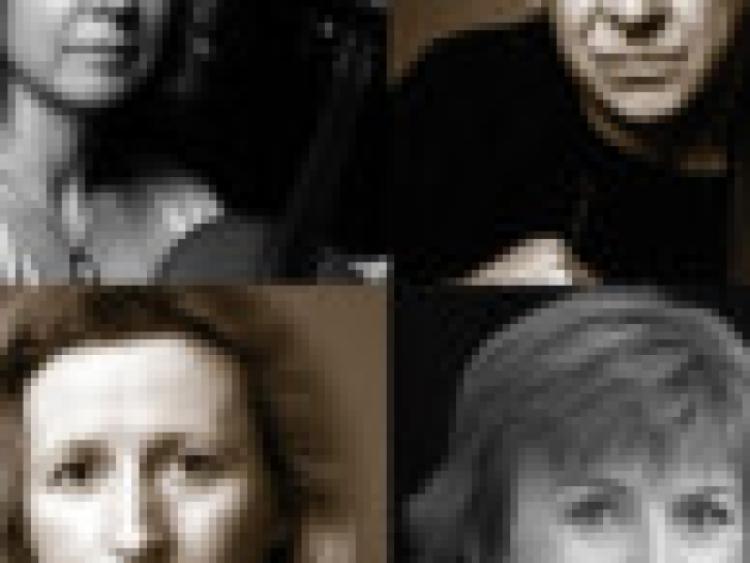 The Hawk’s Well Theatre is delighted to present a unique, one off performance produced by the Theatre ‘Jigs and Heels’ on Saturday, March 29 at 8pm.

The Hawk’s Well Theatre is delighted to present a unique, one off performance produced by the Theatre ‘Jigs and Heels’ on Saturday, March 29 at 8pm.

Sisters of strings join together for this unique collaboration of three of Ireland’s most outstanding female fiddlers. Bríd Harper, Nollaig Casey and Maeve Donnelly are consistently hailed individually as three of Ireland’s most outstanding traditional fiddle players. Joining them on guitar on the night is one of the best-known and most influential musicians in Ireland, Arty McGlynn.

Fiddle player Bríd Harper is no stranger to Sligo as she has adjudicated the “Fiddler of Dooney” on three previous occasions and is indeed herself a past winner. She also has Senior All Ireland Fleadh Cheoil and Oireachtas titles.

Nollaig Casey is one of Ireland’s most eminent musicians, with her own unique way of playing traditional Irish music on the fiddle. Her powerful presence has graced two of Ireland’s most influential bands, the legendary Planxty and the ground-breaking Coolfin.

Maeve Donnelly comes from the village of Kylemore Abbey near Loughrea in East Galway, an area steeped in traditional music. Maeve has been playing the fiddle since the age of five and won her first All-Ireland Fiddle Competition at the age of nine.

Arty McGlynn is one of the best-known and most influential musicians in Ireland, with a unique understanding of music he performs. Touring professionally with showbands and rock bands throughout Ireland, the UK and the USA from the age of fifteen, in 1979 recorded McGlynn’s Fancy, the first recording of the guitar played in an authentic traditional style and a classic of the traditional music world.