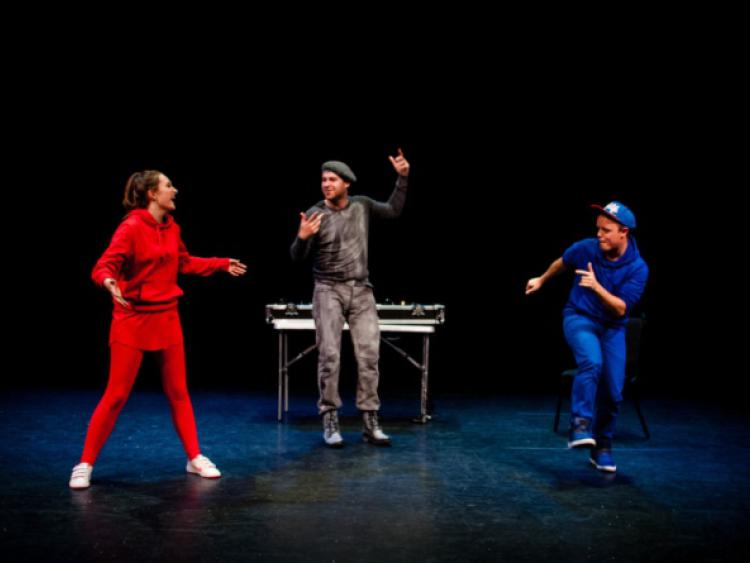 Uprising will perform at the Dock, Carrick-on-Shannon on 28 March at 8pm.

Uprising will perform at the Dock, Carrick-on-Shannon on 28 March at 8pm.

The Smashing Times Theatre will perform as part of its Memory Project tour to Northern Ireland and southern border county venues.

‘Uprising’ scripted by Tara Mc Kevitt, Devised by Smashing Times Directed by Mary Moynihan Cast: Mark Flynn, Paul Nolan, Evelyn Shaw, Margaret Toomey, Adam Traynor. The Troubles seen through the eyes of the rap, hip-hop, dance generation, Uprising juxtaposes stories from the past with contemporary music and rap in a cutting-edge, multi- disciplinary production fusing text, movement, pop-music, modern dance and the rapping of ancestral voices. A young DJ attempts to lose himself through music and dance in a Belfast warehouse as the flag protests rage outside. His friend argues with his ‘passivity’, he challenges her ‘call to arms’.

Uprising explores memories and experiences of war in Northern Ireland and internationally. Performances followed by post-show discussions with the artists and guest speaker Jim Arbuckle, Good Relations Facilitator. Uprising is part of The Memory Project, an innovative, ground breaking arts project using drama, storytelling events, theatre and a TV documentary to deal with the past history of conflict and to promote a peaceful and shared future for all. It is funded by the EU’s PEACE III Programme and managed by Special Programmes body www.seupb.eu