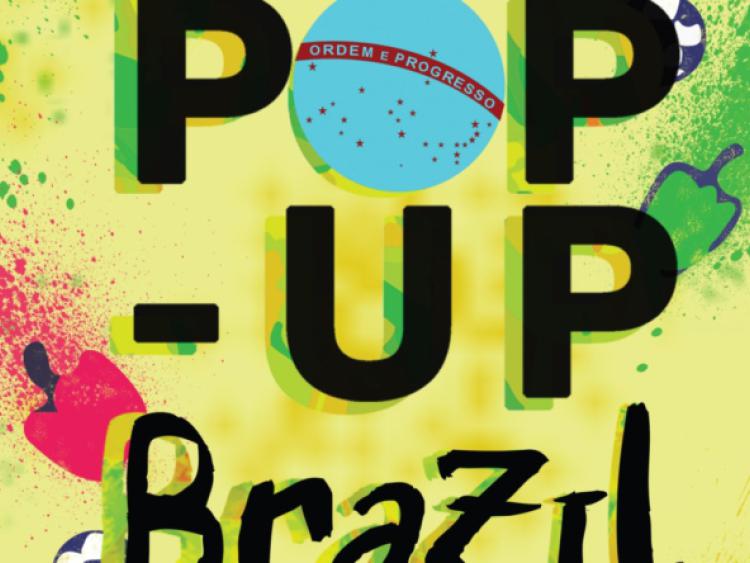 The Hawk’s Well Theatre, Sligo is turning into a pop-up restaurant for one night only on Saturday, June 7.

The Hawk’s Well Theatre, Sligo is turning into a pop-up restaurant for one night only on Saturday, June 7.

The twelve Brazilian cities that will be hosting the 2014 Fifa World Cup each have their own unique cuisine, shaped by their geography and people. Pop Up Brazil will give Sligo people the opportunity to sample a diverse and colourful array of Brazilian food and to kick off the 2014 World Cup in the spirit of Carnaval by taking an unforgettable culinary journey to Brazil as the Hawk’s Well stage turns into a ‘Pop-Up Brazil’ restaurant.

Marc Creed and his StreetCart team provide the Brazilian food for the night while the assembled guests can soak up the atmosphere of Brazil with Brazilian music, visuals and tastes. Warm up to the World Cup season by sampling a diverse, colourful and delicious array of Brazilian food, finished by Caiprinha digestif…to the beat of samba and the visuals of some all-time favourite World Cup moments.

The Hawk’s Well Theatre planned this exciting event to coincide with Só Sligo Food Festival which runs from June 11- 15. Pop-Up Brazil is now the official launch event of the festival. Tickets are €30 for a three course Brazilian meal, Caiprinha cocktail, samba beats and the best Brazilian Football moments on screen! Box Office or call 071 916 1518 to book your table.