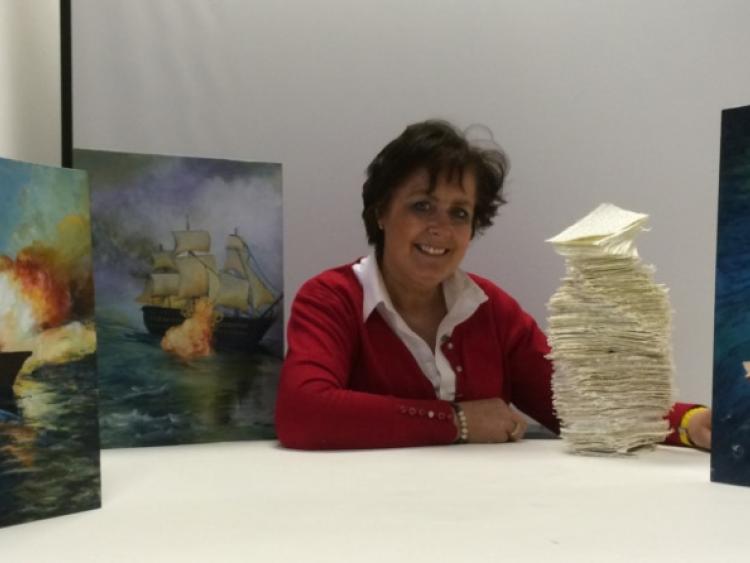 Multi-award winning Mary McCaffrey, (nee Mulligan), from Bornacoola is one of seven artists selected to participate in the 6th annual ‘Irish Wave’ festival.

Multi-award winning Mary McCaffrey, (nee Mulligan), from Bornacoola is one of seven artists selected to participate in the 6th annual ‘Irish Wave’ festival.

With principle funding from the Arts Council of Northern Ireland, the British Council, the Northern Ireland Bureau, Dublin City Council and the Embassy of Ireland in China, the exhibitions will open in Beijing and Shanghai in March. They will then travel to Northern Ireland in July, where they will be seen at the James Wray Gallery in Belfast’s James Street South before a tour to London’s Leyden Gallery in October.

The exhibition will tour to Cork and finally to Dublin, where a visit from the Mayor of Beijing will cement the relationship of the two capital cities, now twinned.

To link-in with the ‘Year of the Ram’ in China, the first ‘Irish Wave’ exhibition of 2015, ‘Golden Fleece’, will feature a selection of painting and textile artworks inspired by the Yeats poem ‘Sailing to Byzantium’.

The show will be launched at 3:30pm on Sunday 15 March at Creative Crossover China in the 798 Arts District of Beijing, China.