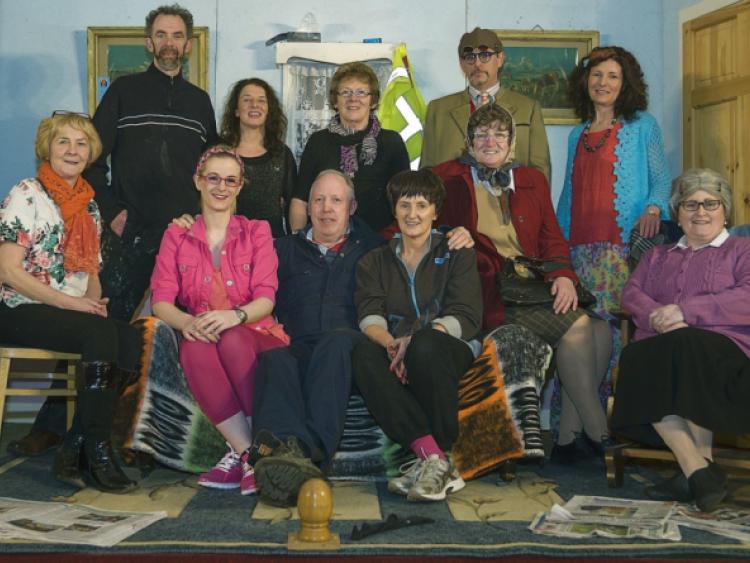 Mohill based drama group The Acorn Players have been invited by the Luton Irish Forum to take part in their St Patrick’s Day celebrations from March 13-16.

Mohill based drama group The Acorn Players have been invited by the Luton Irish Forum to take part in their St Patrick’s Day celebrations from March 13-16.

They will stage their highly acclaimed production of ‘The Two Loves of Gabriel Foley’ in the UK Centre for Carnival of Arts, St Mary’s Rd, Luton on Saturday night, March 14 at 7.30pm.

The group will also be involved in some functions on Friday night and will head the parade on Sunday.

“We were delighted and honoured to get the invitation from the Luton Irish Forum to be part of their St. Patrick’s week-end festivities,” said Anella Mc Guinness, Director and cast member of the production. “Our whole troupe are really looking forward to it, we can’t wait.”

Although The Acorns have never performed overseas before, the group have performed in many venues throughout Ireland for the past two years. Reaction to this play has been phenomenal with standing ovations in packed local halls, The Town Hall Theatre Galway, An Grianan Theatre Letterkenny, The Hawkswell Theatre Sligo, Mullingar Arts Centre and The Dean Crowe Theatre Athlone.

The three act comedy is described by Anella as a crowd pleaser, “It will literally have people shaking in their seats.”

Containing 11 members, the drama group began two years ago in Anella’s kitchen, and has steadily progressed from there. The Acorns have performed the play for numerous charities and organisations, getting expenses and the rest going to the cause.

“We get enjoyment out of it, we are in it for the love of it,” explained Anella. “We definitely just do comedy, people need a bit of a laugh now, especially in these times.

Padraig Mc Loughlin, assistant director and leading cast member said, “We intended to put the play to bed after Luton, but it has taken on a life of its own.” “People keep ringing and booking us for next season, it really is amazing. After Luton we are heading to Ballyconnell to do a fundraiser for Greaghrahan School on Friday, March 27 and then crossing the border into the North for the first time, to do the play for Derrygonnelly GAA on Friday, May 22, then take a rest, and regroup next September, for another busy season.

“It will definitely be America next, life is exciting, busy, but we wouldn’t have it any other way” said Padraig. “Sure it’s great craic!”

Anella explained that the play centres around the lack of Gabriel Foley’s love life. He has been unlucky in love thus far and has a mother who is convinced she will never get rid of him. Chrissie Mc Cabe, a neighbouring woman, fancies Gabriel but by the time he finds out, her rival for his affections Hazel Myers has already sunk her claws into him.

This side splitting comedy comes from the pen of the very talented Westmeath born Jimmy Keary. He has written five one-act and 19 three-act plays and his work has been staged all over Ireland and parts of America. The Acorns are now introducing his work to England, starting off with Luton.