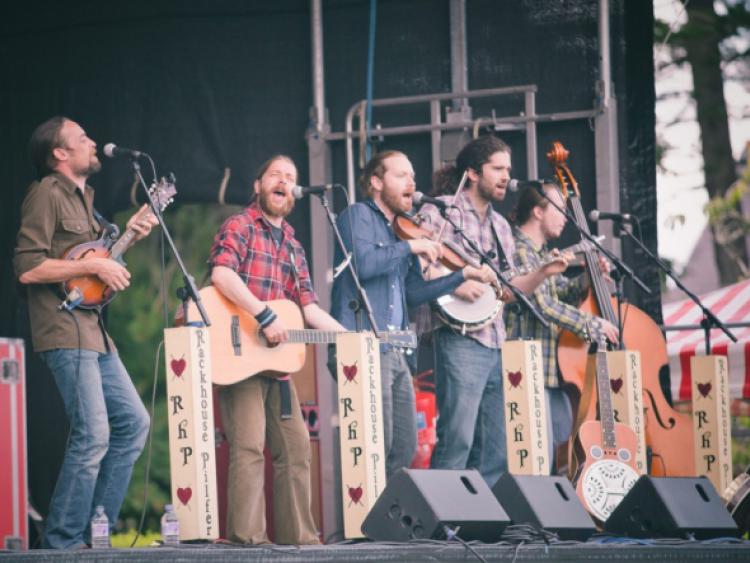 This week is a double celebration for Rackhouse Pilfer. Not only were they chosen to perform with Tom Jones on two tracks on his new album which features Imelda May, they are also confirmed as the headliners at Sligo Live Festival Club.

This week is a double celebration for Rackhouse Pilfer. Not only were they chosen to perform with Tom Jones on two tracks on his new album which features Imelda May, they are also confirmed as the headliners at Sligo Live Festival Club.

Sligo Live is delighted to announce one of Ireland’s most exciting bands, Rackhouse Pilfer as the Headline act for the Festival Club on Sunday, October 25 at 11.30pm. They were Special Guests opening for Imelda May at Sligo Live Festival 2013 and such was their popularity that they return to Sligo Live to headline the Festival Club for the 2nd year in a row.

In March legendary producer Ethan Johns invited Rackhouse Pilfer to perform with Tom Jones on two songs for his new album ‘Long Lost Suitcase’, which will be released Worldwide on October 9 The band perform with Tom Jones on the Rolling Stones cover “Factory Girl” and “Honey Honey”, a duet with Imelda May. “Honey Honey” has been released as the first single from the Album and is currently receiving airplay globally.

Rackhouse Pilfer were delighted to be invited to perform on the album “Long Lost Suitcase”, not least because they got to record and spend a day in the studio with Tom Jones and Imelda May, but they also got to work with Ethan Johns. A long time hero of the band, Ethan Johns has produced Ryan Adams, Paul McCartney, Kings of Leon, Paolo Nutini, Ray LaMontagne, Coldplay and he is a much sought-after Prouducer. Tom Jones had recorded some 35 songs, which were whittled down to 13 tracks, with 2 of those tracks featuring Rackhouse Pilfer.

Tickets for Sligo Live are available from www.sligolive.ie and www.Ticketmaster.ie, all Ticketmaster outlets and Hawk’s Well Theatre, Sligo (071 916 1518).

A very limited number of great value weekend tickets which include seats at all Sligo Live 2015 performances: including Rufus Wainwright, The Waterboys and Jools Holland’s Rhythm & Blues Orchestra, plus 80 performances over 6 days are also on sale for €136.00.

Now that’s a festival not to be missed.