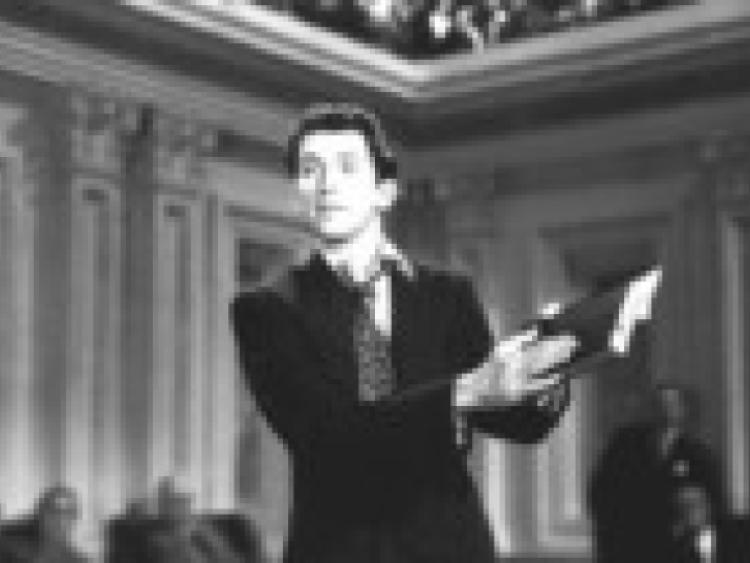 Mr. Smith comes to The Dock, Thursday April 18 at 2pm as part of the monthly Classic Cinema.

Mr. Smith comes to The Dock, Thursday April 18 at 2pm as part of the monthly Classic Cinema.

Stewart’s young Wisconsin senator exposing corruption and upholding true American values in a Senate House riddled with graft is quintessential Capra - popular wish-fulfilment served up with such fast-talking comic panache that you don’t have time to question its cornball idealism.

The story is simple: A U.S. senator dies, and a replacement has to be found. But the rivalry between the camps that support the two possible candidates is so fierce that the governor fears for his political future, since picking either one would automatically alienate a large number of voters.

Into this mess comes the Boy Scout leader Jefferson Smith the governor’s young son is a great fan of Smith, and insists he’d make a great senator. As the crisis escalates, the governor becomes increasingly worried, to the extent that he rather desperately decides to consider his son’s advice. To his great surprise, after a quick investigation, Smith is discovered to be the perfect candidate: naïve, devoid of greed and political ambitious, and a good, patriotic American.

By this time, we learn that the true source of power is not the governor himself, but the newspaper and industry magnate “Boss” Jim Taylor, who runs not just the politics of the state, but pretty much everything else.

When the ban on English and American films was made in Nazi occupied France in 1942, the film the theatres picked for their last movie was Mr. Smith Goes to Washington. Over 80 years after it was made, this remains a worthwhile film to watch, both for the entertainment value, as well as the political aspects of it.

Tickets can be bought through the box office on 071 96 50 828 and at www.thedock.ie. €5 includes tea/coffee and biscuits on arrival.