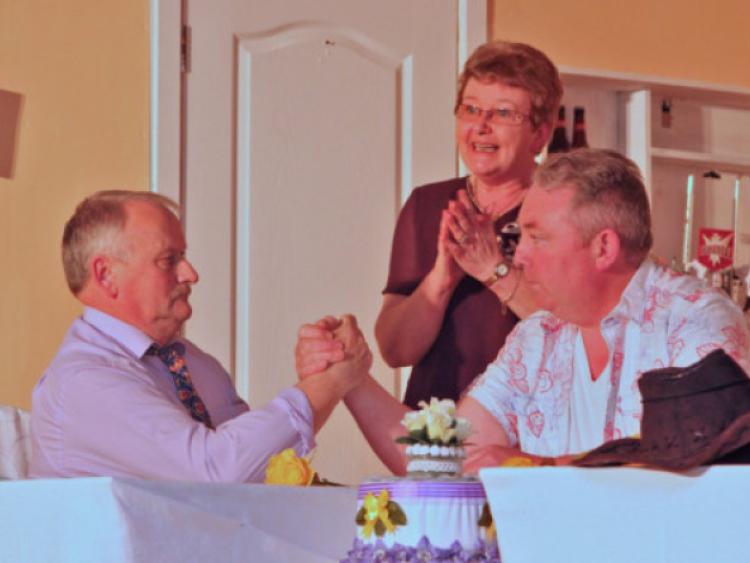 “Say Cheese” is not only a comedy, it has an intriguing storyline which will keep audiences laughing and guessing as to the outcome right up to the end.

Bridie & Valentine Fagen have won the much coveted prize of “Ireland’s Happiest Couple,” sponsored by Celtic Cheese. However, when the sponsors decide to re-enact the wedding of exactly thirty years earlier (for advertising purposes, of course), little did they expect that in the re-enactment, the wedding party of that day thirty years earlier would bring with them so many dark secrets which as they unfold, present the audience with drama, suspense and great comedy.