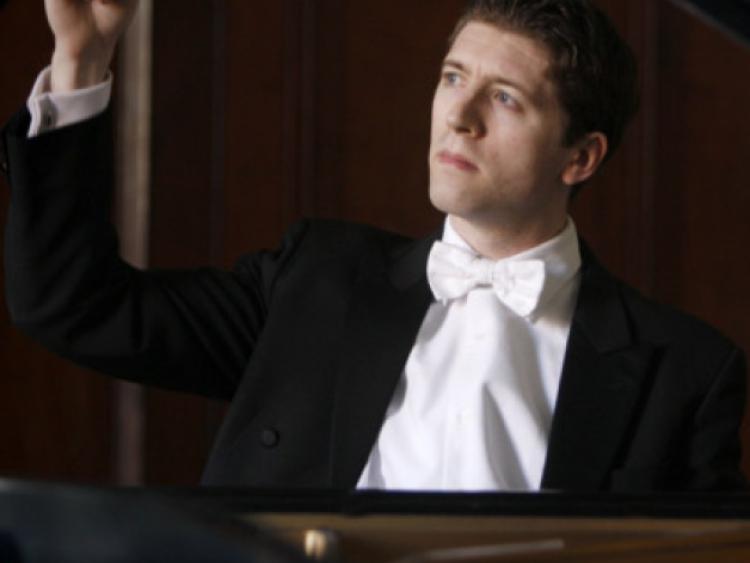 The Music Network is delighted to bring pianist Finghin Collins to King House on June 28.

The Music Network is delighted to bring pianist Finghin Collins to King House on June 28.

Collins will be performing works by Haydn, Chopin, Brahms and Franz Schubert in King House at 8pm. This concert is promoted by Roscommon Arts Centre and Music Network. Tickets priced €12 are available by calling (090) 6625824 or (071) 9663242. Music Network concerts provide a wonderful opportunity to see some of the world’s foremost music ensembles at affordable prices in venues around Ireland and is funded by the Arts Council. Further information from (01) 671 9429 or www.musicnetwork.ie.

Finghin Collins was born in Dublin and studied with John O’Conor at the Royal Irish Academy of Music and with Dominique Merlet at the Geneva Conservatoire. He established his international reputation by winning the 1999 Clara Haskil International Piano Competition. Since then he has performed with leading orchestras such as the Chicago, City of Birmingham and Houston Symphony Orchestras, the Seoul, London, Rotterdam and Royal Philharmonic Orchestras, the Hong Kong Sinfonietta, Northern Sinfonia, the Orchestre de la Suisse Romande and the Gulbenkian Orchestra. He has collaborated with conductors such as Christoph Eschenbach, Myung-Whun Chung, Hans Graf, Emmanuel Krivine, Sakari Oramo, Heinrich Schiff, Vassily Sinaisky, Leonard Slatkin and Frans Brüggen.

His recordings of Schumann’s piano music for Claves Records in Switzerland have received widespread acclaim, including Editor’s Choice in Gramophone Magazine in 2006. His most recent recording for Claves of works by Stanford with the RTE NSO has also been very well received, and was Editor’s Choice in May 2011.

Finghin Collins has been Artistic Director of the New Ross Piano Festival and is also a member of the Board of Directors of the Dublin International Piano Competition. In